Really now.  How many Cartoon Strips can you think of that deal with the Entanglement Principle of Quantum Physics?
Posted by terry at 8:49 PM No comments: 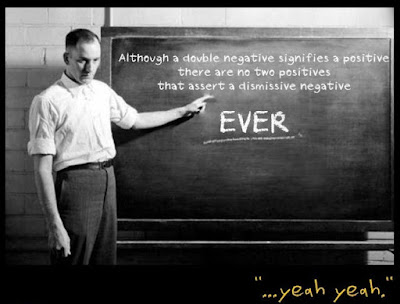 Proving that two positives can equal a negative.
Posted by terry at 8:12 PM No comments: 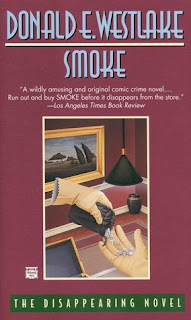 (H)e reached for the key in his trouser pocket and found his shirt-tail on fire.

Ipe!  Josh jumped around like a Watusi, whacking at his right hip like a move in a Bob Fosse dance, while the damn woman in the van looked at him with the first honest smile he’d ever seen her wear.

How could he catch fire?  Holy Batman, his whole shirt was on fire!  What had he touched, what had he brushed against, how-

Yanking the shirt off to reveal the tattered and filthy sleeveless undershirt beneath, staring around in wild surprise, Josh saw, against the far wall, forty million dollars in counterfeit twenties in brown paper bags burning like a Magritte tuba.

(from Smoke by Donald E. Westlake) 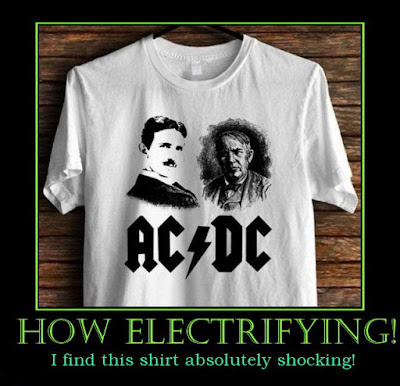 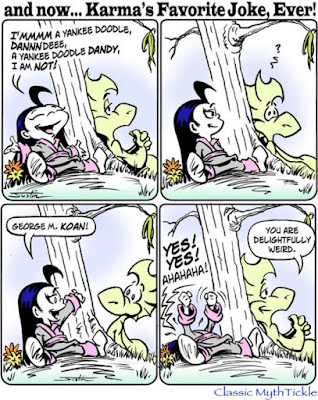 And there are a lot of great Mythtickle strips to choose from.
Posted by terry at 7:07 PM No comments: 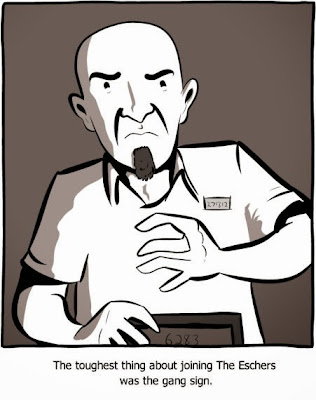 This puts a whole new spin on gang signs.
Posted by terry at 6:25 PM No comments: 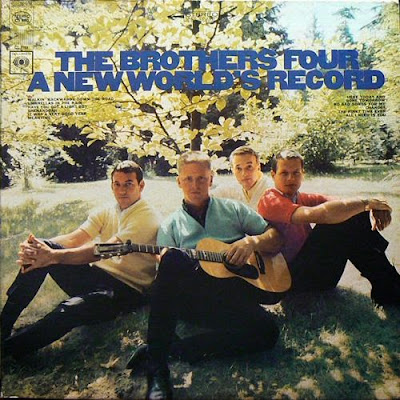 A New World's Record was album #17 from The Brothers Four.  It came out in 1967, towards the end of their recording career, and no singles were released from this album.  The heyday of The Brothers Four was in the early 60's, with their three big hits being Greensleeves, The Green Leaves of Summer, and Yellow Bird.  They still tour, release CD's, and have a website.

This album will never grow to be my favorite album by TBR.  For the most part, it consists of slow, mostly-sappy love ballads.  Folk albums will always have those, but they need to be balanced with peppy and witty songs.  Here, the only track that fits that bill is Have You Got A Light, Boy, which is by far my favorite song from the album.  Not surprisingly, no one had posted it to YouTube, so I made and posted my own video of it.

But I don't want to bash this album too much.  The harmonies are still great, and if you're in the mood for Easy Listening music by an accomplished folk quartet, this will serve you just fine.  And if you're unfamiliar with them, YouTube does have a nice selection of Brothers Four videos, including a stunningly beautiful 4-song calypso medley.

I picked up this LP for $1 out of the bargain bin at Half Price Books.  The cover is in poor shape; the LP can fall out of two opposite sides of it.   So it was a pleasant surprise to find the disc itself in very good condition.  This is another one that was clean enough to remove the scratches manually.

Wikipedia lists 19 albums by The Brothers Four, fully admitting it is a "selected discography".  If you go to the TBF website, they list 45 albums, but only offer 18 of these for sale, and A New World's Record is not one of them.  So if you want to add it to your MP3 collection, digitalization is the only option.
Posted by terry at 6:16 PM No comments: 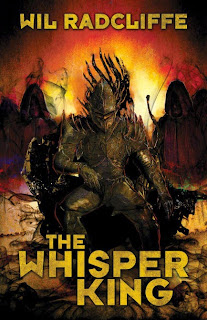 Hopper ran at me, swinging a pipe.  He hit me with his full strength, which did absolutely nothing.

I picked him up by his arm and suspended him before my snarling face.  I truly considered biting him in half.  But then I remembered earlier at the party when he was screaming for the Sex Pistols at the top of his lungs while the camp ignored him.

You couldn’t really hate a man who had so much passion for something while everyone around him was numb with indifference.

(from The Whisper King by Wil Radcliffe)

This happens occasionally with my wife.  I'll come to bed, and find her in the same position as Arlo's in.
Posted by terry at 8:31 PM No comments: 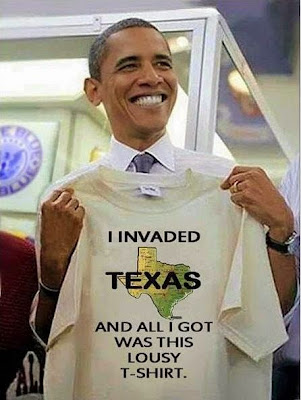 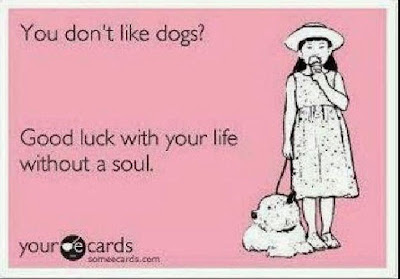 Kenny Rogers - Eyes That See In The Dark 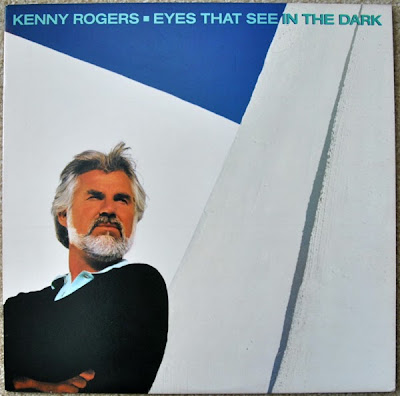 This is another LP from the height of Kenny Rogers' career.  Produced by Barry Gibb, with guest appearance by the Bee Gees, the Gatlin Brothers, and of course, Dolly Parton dropping by to sing the mega-hit duet, Islands In The Stream, which I found to be interesting in the fact that they trade off singing the lead and harmony.

For some inexplicable reason, Eyes That See In The Dark, like the KR album Gideon (reviewed here), is not available as MP3 downloads from both Amazon and iTunes.  At least it is somewhat more-remembered than Gideon: 31 people have left ratings/and reviews for it at Amazon.

This LP actually comes from my personal collection.  It is Liz's personal favorite Kenny Rogers album, and it is likely she who purchased it.  I eschewed the scratch-removing software again, because I am somewhat of an audiophile.  It is slightly embarrassing then, to admit that the bargain-bin Gideon LP was in better shape than this one.  Both had about a half-dozen significant scratches, but my LP had a lot more minor ones.

I'm impressed how smoothly the Bee Gees and Kenny Rogers blend together.  I like this album almost as much as Gideon.  My only quibble is that it contains too many sappy ballads for my taste, especially Side 2.  But then again, what would you expect from something produced by one of the Bee Gees?
Posted by terry at 8:38 PM No comments: 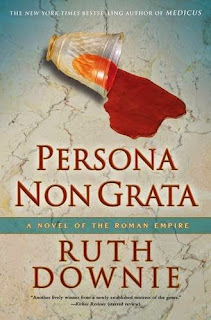 There had been a time – he was not sure when, but he knew there had been one – when the head of a Roman household had enjoyed absolute power as well as ultimate responsibility.  When orders were obeyed without question.  When women were grateful to be protected – grateful, indeed, not to be left on the rubbish heap at birth – and happy to be married off whenever and to whomever the family deemed appropriate.  When a decent man could keep his household in order by threatening them not only with a sound beating but with execution.

He had to concede that the beheading of unruly relatives seemed a little harsh, but obviously one would exercise discretion. 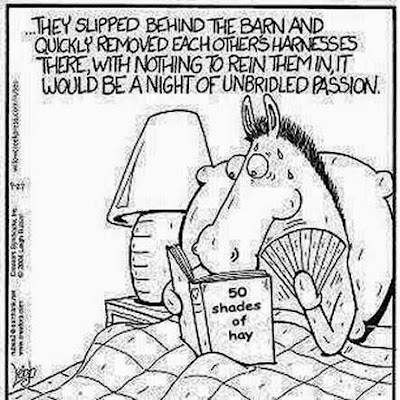 I love when a bunch of puns get smoothly strung together.
Posted by terry at 6:54 PM No comments: 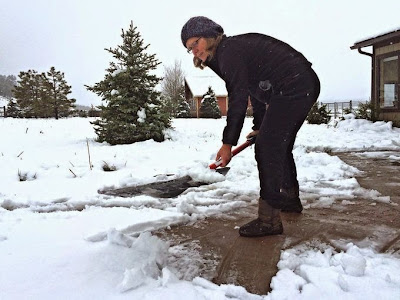 It'a mid-May, and it snowed in Arizona yesterday.  And as you can see, it was more than just a "dusting".  Now, to be fair, this is in Flagstaff, 100 miles north of Phoenix, and at a considerably higher elevation.  But still, this is quite unusual.

All will be back to normal in a bit over a week.  The high temperatures for Phoenix for the week after Memorial Day are predicted to be in the 108°F-112°F range,.  Ouch!  That's not supposed to happen until the middle of June.
Posted by terry at 7:18 PM No comments: 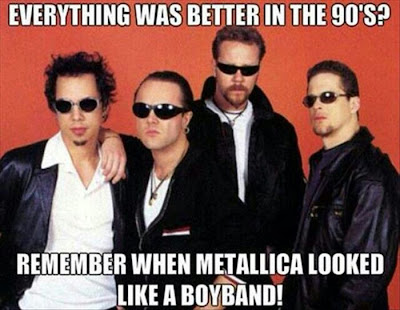 I'm not a big Metallica fan, although I will say that the musicianship on Death Magnetic is quite impressive.  But jeez, guys, who convinced you to pose for this pic??
Posted by terry at 7:31 PM No comments: 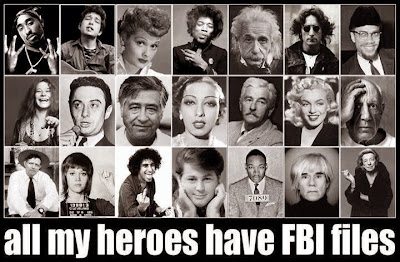 Somehow, this is not surprising.
Posted by terry at 6:59 PM No comments: 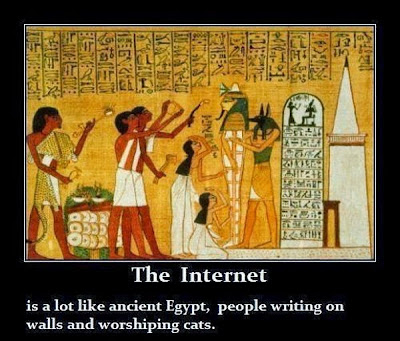 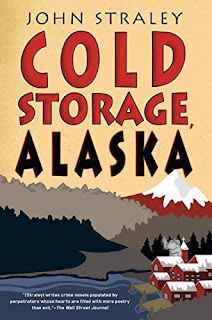 They came to another fenced area.  Inside was a shack and tied to it was a strange gangbanger mix of Rottweiler, pit bull, and wolf, a brindle-dun carnivore without an ounce of extra fat and with chewed-off ears.

“Lord have mercy,” Clive said under his breath.

The dog was 120 pounds of head, jaw muscles, and shoulders.  His eyes scanned the yard and stopped on the men.  Slowly, he walked forward with the off-kilter stare of a Mexican street dog charged up on a jolt of methamphetamine.  He did not look anything like Clive’s golden retriever.  He looked like something that fed on golden retrievers. 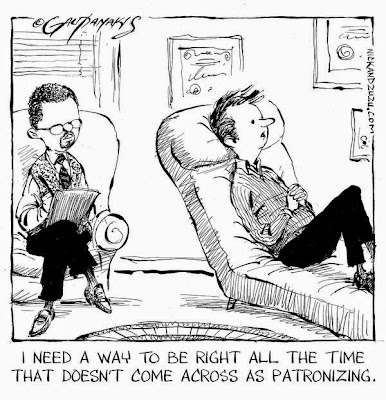 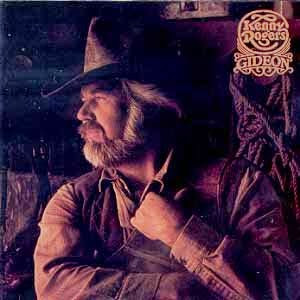 Answer : by doing a concept album, a retrospective story of a cowboy (and somewhat of a scoundrel) named Gideon Tanner.  All songs were penned by Kim Carnes, who wrote them with Kenny Rogers specifically in mind.  He returned the favor by singing a duet with her on the one radio-play hit from the LP, Don't Fall In Love With A Dreamer.

I picked this LP up a couple weeks ago for $2.99 at Half Price Books.  It was in pristine condition; maybe a dozen scratches or so.  So I removed them manually, which helps preserve the original audio quality, especially the highs and lows.

Gideon was a wonderfully pleasant discovery for me, with fantastic lyrics (thank you, Kim!), excellent musicianship, smooth vocals, and almost no filler.  Tracks 10 and 11 are ballads, which I found to be a bit ...well... slow.  But I could've marked all the other tracks above in pink.  Track after track is one treat after another.

Truth be told, Gideon didn't quite meet the dizzying success of its two predecessors.  It only achieved single-platinum status.  Surprisingly, Amazon doesn't offer this album as MP3 downloads, and the audio CD will run you a mind-numbing $49.99.  Presumably because it's an import.  Over the years, only nine people have left comments/ratings for the album on Amazon.  Fame is apparently fleeting.

If you come across this album - vinyl, CD, or otherwise - snatch it up, and give it a listen.  You'll not be disappointed.
Posted by terry at 4:23 PM No comments: 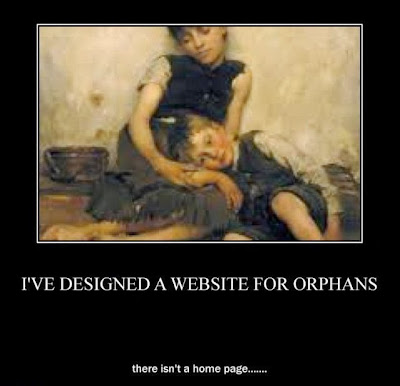 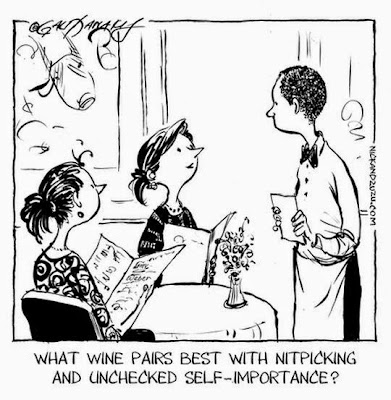 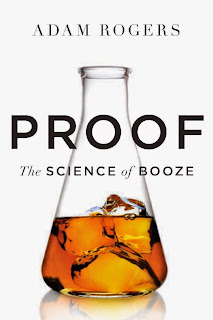 People who teach wine-tasting classes often tell funny stories about how their students, even with training, prefer box wine in a blind test.  And research shows that people say they enjoy a wine more if they know it’s more expensive.  Sure, that bottle of red from the little village you found when you and your first love got lost in Tuscany on that rainy night was the best bottle of wine the world has ever made.  Just don’t try the same bottle again alone, sitting in front of a Star Trek rerun.

(from Proof - The Science of Booze by Adam Rogers) 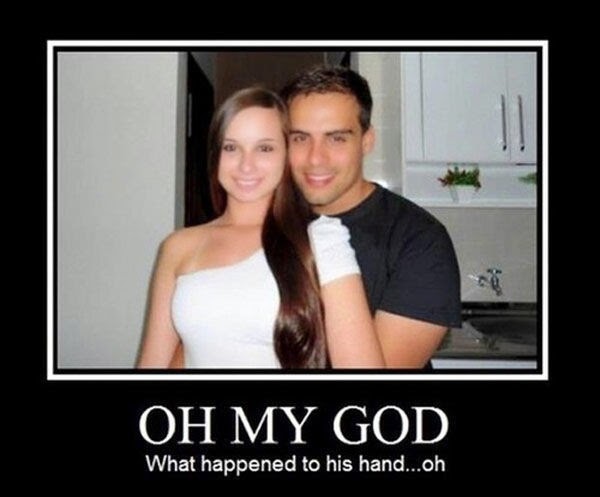 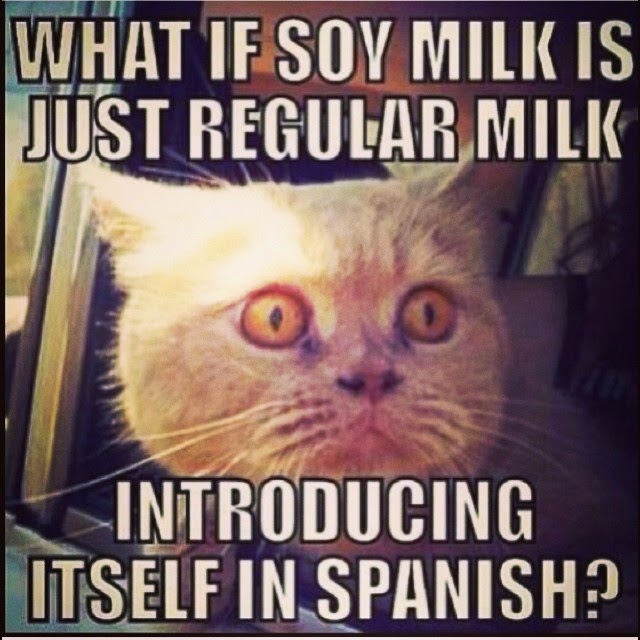 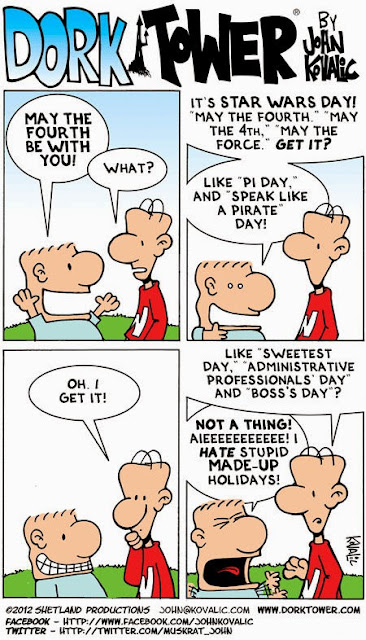 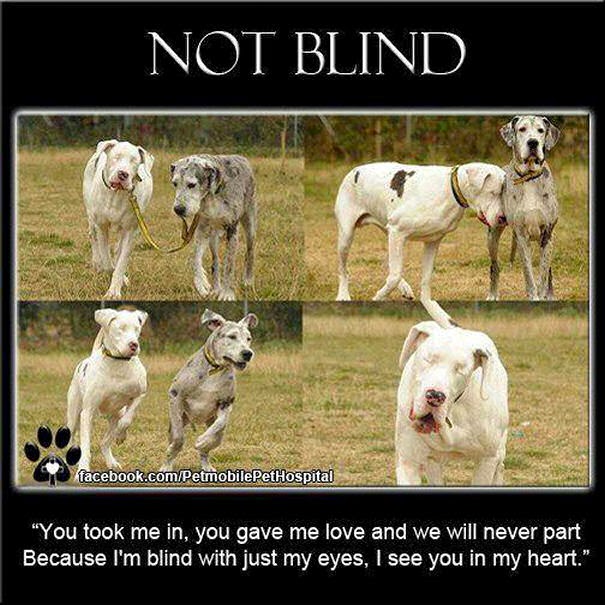 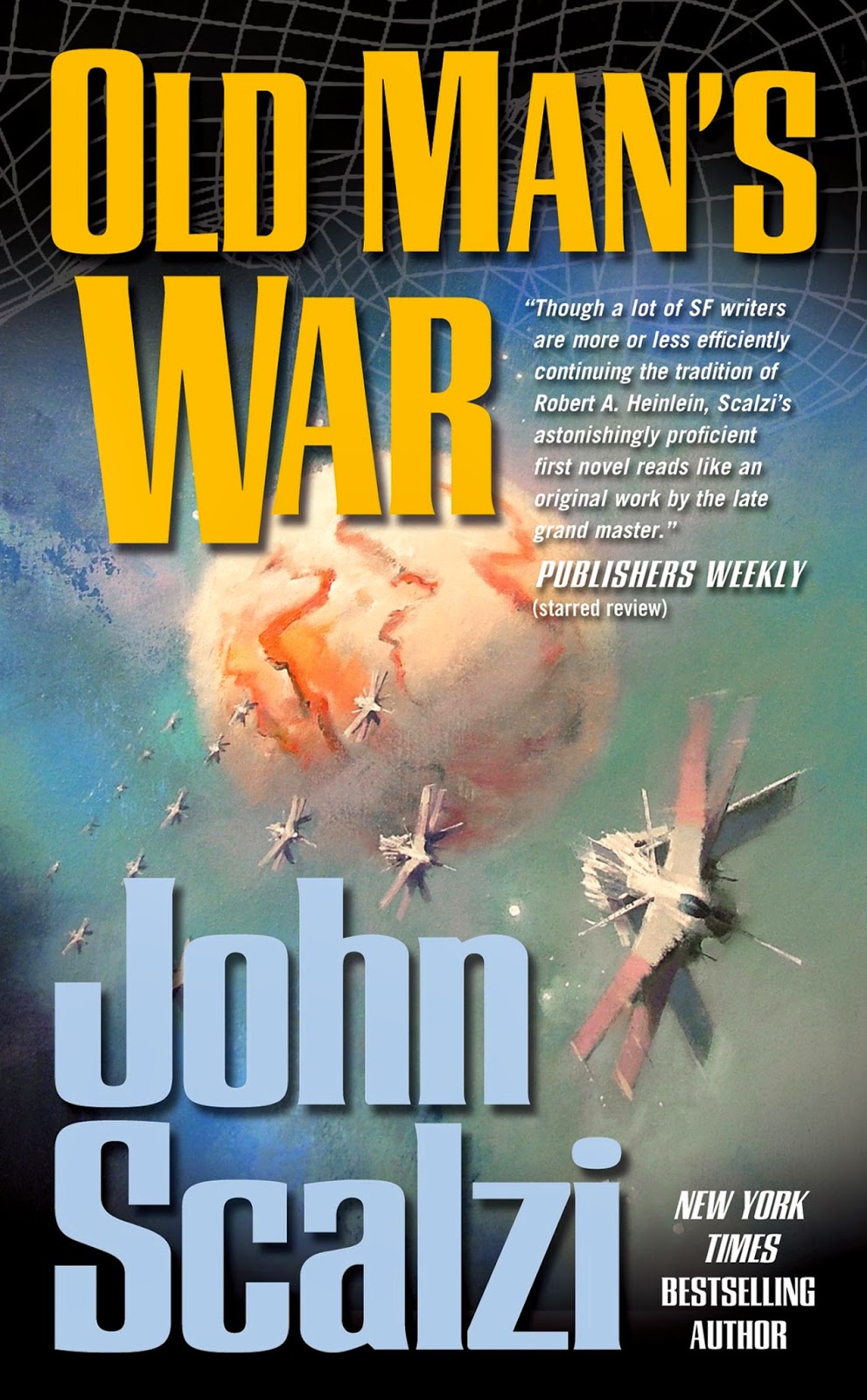 “Strange way to live, sir,” Mendel said.  “To get paid for stringing words together.”

“There were worse jobs,” I said.