For the third year in a row, Liz ran (power-walked, actually) in the PF Chang's Rock & Roll Half-Marathon. This year, that meant rolling out of bed at 4:30 AM on a Saturday morning, to be at ASU @ 6:30, to catch the shuttle and be in downtown Phoenix by 7:30.
This year, it just so happened that Phoenix was having some of its coldest weather in 10 years. So Liz and Michele got to freeze their socks off from 7:30 until 10:00, which was when their "corral" finally started the race.
Despite the chill, they managed to do the 13.1 miles in a personal-best time. to wit :
2005 : 3 hours, 36 minutes
2006 : 3 hours, 44 minutes
2007 : 3 hours, 31 minutes
The pics (above) come gratis from the race organizers, but they're small and lo-res. So my apologies if they don't enlarge nicely. Liz is undecided whether or not to do this again next January, but I'm betting she ends up doing it.
Posted by terry at 8:19 PM No comments:

A Wheel of Time note

According to Wikipedia (which we all know is never wrong), by the time I finish The Knife of Dreams; Book 11 of Robert Jordan's Wheel of Time series, I will have read a total of 9,685 pages (all paperback). Don't even ask how many words that is. But there is good news. Again according to Wikipedia, this marathon series will end with Book 12, even if (according to the author himself) it take 1000-1500 pages. Note to Robert Jordan : Good-flippin'-luck, dude. You have enough loose ends floating around in the first 10 books to start your own lint-ball.
Posted by terry at 6:39 PM No comments: 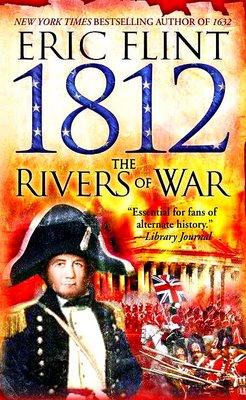 This Week I Read : 1812 Rivers of War (by Eric Flint)
Rating : B-
-
Eric Flint has a bunch of "Alternate History" books out, the majority of which deal with a 20th-century West Virginia town transported back in time to 1632 Germany. 1812RoW is the first in a second AH series, this one dealing with how a minor change in a battle (Sam Houston receiving a small wound instead of a major one) alters the rest of the War of 1812.
-
The only problem is - not much history is changed. Yeah, Sam Houston becomes the hero of the battles of Washington DC and New Orleans, but the outcomes remain the same. So if you're looking for some tangential history line, you're going to be sorely disappointed. True, this book serves mostly as a set-up for the second book in this series - where Arkansas becomes a free territory right after the end of the war - where blacks and Indians can live on their own terms. But 535 pages of non-alternate history is a lot to read just for a set-up.
-
OTOH, is you read this book as a historical novel, then its quite good. Most people's knowledge of the War of 1812 can be distilled down to four vague facts :
1.) It started cuz the British kept stealing our navy men.
2.) John Paul Jones said something about not giving up the ship.
3.) Two years into the war, the British burned Washington D.C. (normally, this means "game over; we win!". but for some reason, they decided to play on.)
4.) We won the Battle of New Orleans, which is important because without that Johnny Horton would've had one less hit song. (Everybody sing now - "In 1814, we took a little trip...")
-
This book does a great job of fleshing out the details of the war - particularly how the roles of the Indians (Choctaw, Chickashaw, Creek, and Cherokee) and Blacks (both slaves and freedmen) interplayed with the British, American (and to a lesser degree the French and Spanish) sides. So if you like History, then by all means get this book. But if you want to read some Alternate History, then pick up his novel "1632" (which is on my bookcase waiting in line to be read), or wait for "1824 The Arkansas War" - which is out in hardback, but who wants to shell out 4x the $$$ instead of waiting for the paperback? As for me, I'm now starting into Robert Jordan's "Knife of Dreams" - Book 11 in the Wheel of Time series. I'll have 837 pages to see whether the plot advances one iota, something that hasn't happened in 4 or 5 volumes.
Posted by terry at 8:56 PM No comments: 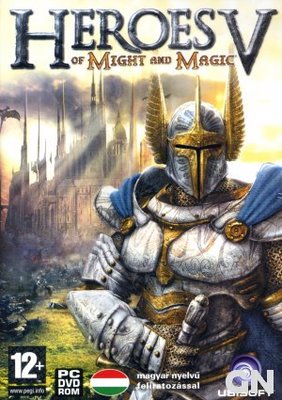 This Week I'm Playing : Heroes of Might & Magic 5 (HOMM5) First let me say I'm addicted to HOMM3. A fabulous game in its own right, then made "best-ever" by a random map generator that means you never need to play the same scenario twice. I've been playing HOMM3 for years, even keeping an outdated PC with Windoze-95 on it just for this game. Alas, HOMM4 was somewhat of a flop, and the HOMM team went out of business. Now, years later, Ubisoft has resurrected the series.
What's to Like
The 3D graphics are stunning. There are dozens of new and re-done creatures to learn to use. And new spells and new artifacts. There's even a random map generator, abeit that comes in a separate Expansion Pack add-on for an extra $40. I haven't installed the RMP yet, so stay tuned.
What's Not To Like
First, all that 3D generating slows the game play to a crawl. Those graphics may be stunning, but I'd trade some of the detail (do we really need to see every leaf in the trees?) for a speedier game. Loading previously-saved games especially bogs down the old PC. Second, the PC requirements are steep. Pentium-4 at the minimum. For a turn-based game?? Gimme a break. Third, there's a paucity of individual scenarios to do. Maybe 6 total for the single-player mode. And forget about choosing what race you want to be; you'll be whatever Ubisoft decides. What is it about the maxim "Less razzle-dazzle graphics; more and better game-play" that's so difficult for game-programmers to comprehend? Fourth, there's no manual for the game. After a week of playing HOMM5, I still can't tell you how many races there are and/or give you a complete list of the spells. But I'm betting that, for yet another $40, there's an HOMM5 how-to book at Best Buy. Finally, the anti-crack device sucks big time. Basically, the installation scans your PC for virtual drives, and if it finds one (even if its unrelated to HOMM5), it refuses to load the game. Yeah, yeah, Ubisoft. I know you think this will discourage people loading cracked versions. But I think instead, its going to encourage them to find the cracked version, so they can keep their virtual drives.
Final Verdict
TBD. So far it's holding my interest. But we'll see whether the bad lagging eventually drives me back to playing HOMM3. I have a feeling I'll be installing the expansion pack shortly.
Posted by terry at 8:46 PM No comments: 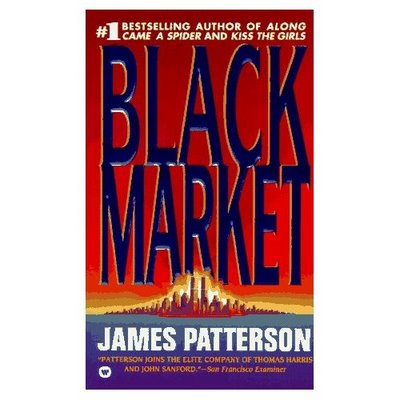 Rating : C+
I'm way behind on my James Patterson reading. His best efforts involve serial killers and the homicide detective Alex Cross. Unfortunately, Black Market has neither. Wall Street gets blown up, and we spend most of the first half of the book going on wild goose chases. Finally, the story begins to move, and there are a couple nice Dan Brown-esque twists in the latter stages. Still, one yearns for a deranged psychotic killer to show up and slash someone to pieces - anyone - just to spice things up. What is eerie about this book, however, is the way it foreshadows September 11. Black Market first came out in 1986, and if you substitute the Twin Towers for Wall Street, you get a scenario with uncanny similarities. Perhaps in 500 years, someone will decide that Patterson was a 20th-Century Nostredamus. All-in-all, it's a decent story, but its never gonna be your favorite Patterson book.
Posted by terry at 9:15 PM No comments: