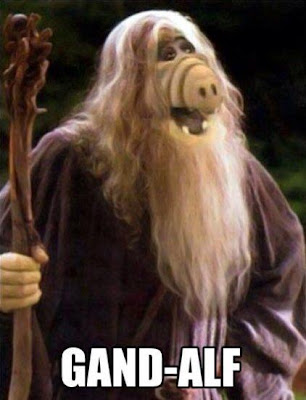 Well, what did you expect?
Posted by terry at 8:27 PM No comments: 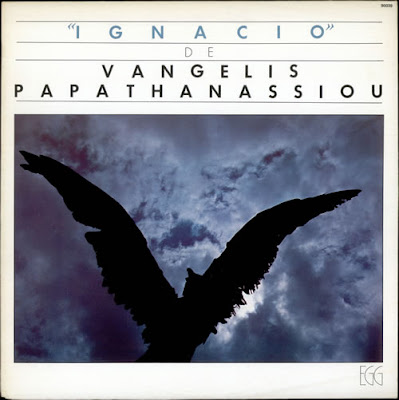 This is the latest LP I've digitalized.  It's a French release, which is très kewl.  "Entends-tu les chiens aboyer?" translates into "Do you hear the dogs barking", and apparently is a movie.  I've never heard of it, but they got Vangelis to do the music for it, so it's gotta be good. 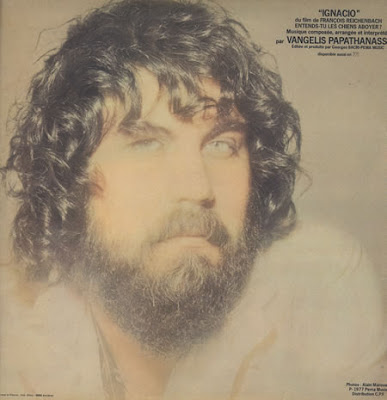 The album was in rather poor shape.  No skips, but lots of scratches, big and small.  The de-popper program cleaned it up quite well.  This is a 1977 release, and I've got three or four more Vangelis albums sitting around, waiting to be cobverted.

I get the impression this is not a well-known album.  However, there is a 15-minute YouTube video that someone made of this, with some simply bitchin' surreal images to go with it.  Search "Vangelis Ignacio" and it will come right up.  I'll probably be posting it as Friday Night Chill Music on FB this weekend.  If you know me there, come give it a listen/watch.
Posted by terry at 8:08 PM No comments: 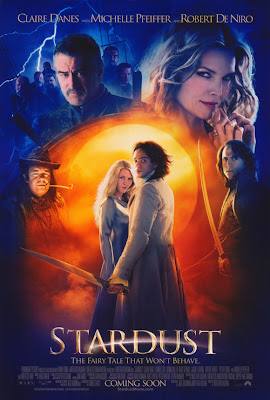 My second movie watched in 2013.  The first was Batman - The Dark Knight Rises.

We'll give Stardust 9*/10.  Great special effects; a cute romance for Liz to get into; and of course, the genius of Neil Gaiman behind it all.  Michelle Pfeiffer does a good job, and the two young'uns are okay, including Claire Danes, who is a fine Gynneth Paltrow lookalike.  But Robert DeNiro frankly steals the show. 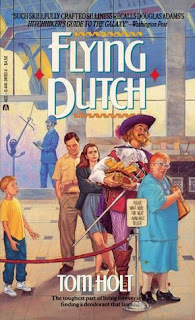 He dumped the spaghetti jar in the sink and rushed through into the drawing room.  There, Jane was sitting crouched on the edge of a settee, moaning slightly.  With one movement Vanderdecker lifted her up in the air, kissed her noisily on the lips and said, “Guess what?”

“You’re going to go bright green and luminous, hum slightly, and grow an extra arm,” he said cheerfully.  “What do you think of that?”

(from Flying Dutch by Tom Holt)

Claus Encounters of the Third Kind 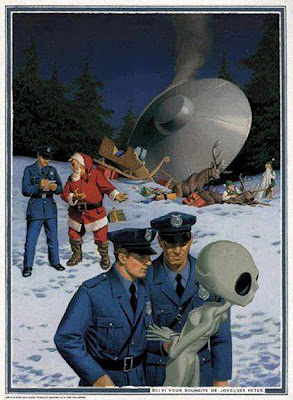 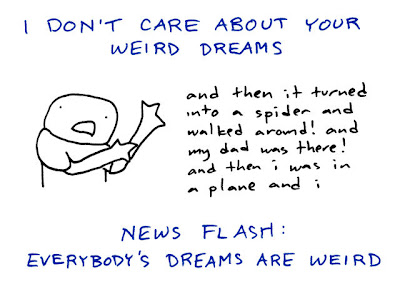 True dat.  I could tell you about falling (down Mt. Everest, out of an airplane, etc.); waking up nekkid or in my underwear (in church, in school, at work); or trying to get somewhere when all the roads have inexplicably changed (which somehow doesn't bother me at all in the dream).

But you've already had all these dreams yourself.
Posted by terry at 7:58 PM No comments: 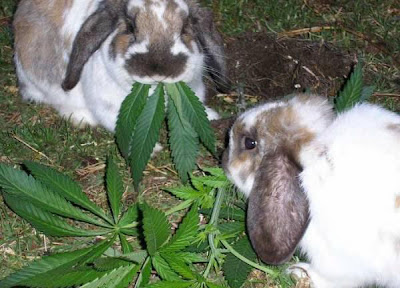 It completely slipped my mind, maybe cuz it fell on the weekend.  Then again, if you did celebrate 4-20 properly, you're probably just getting around to posting about it anyway.
Posted by terry at 6:38 PM No comments: 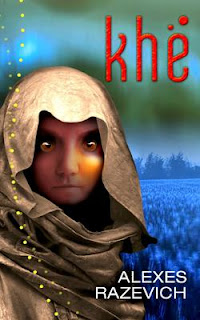 “I see by your clothes that you’re a country doumana,” the babbler said.  “No doubt you stare up at the sky and watch the clouds, judge how the wind is blowing, see what colors circle the moon, and guess your weather that way.  Then you consult the vision-stage and let a weather-prophet tell you how close to right you’ve come.  But if you’ve got the knowledge, you just open your mouth and taste.  Rain is like sour fruit, makes my mouth pucker.  Heat taste like dirt.”  She patted my leg with her filthy hand.  “There now, isn’t that a good gift I’ve given?”

(from Khe,  by Alexes Razevich) 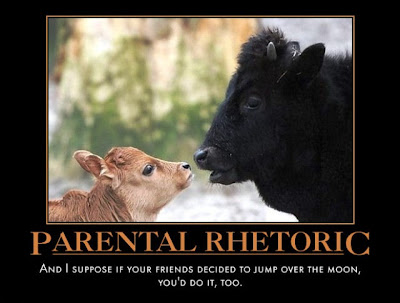 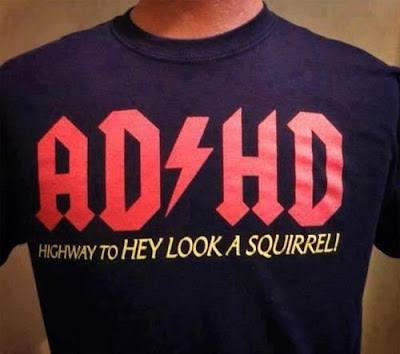 Coincidentally, someone at the office where I work has a sticker on the back window with this same AD/HD logo.  But without the punchline.
Posted by terry at 7:25 PM No comments: 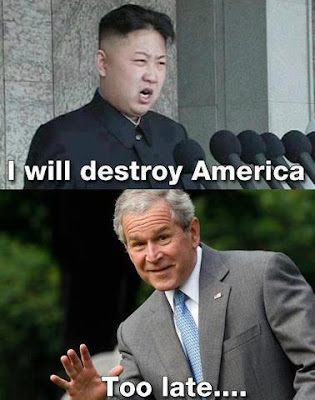 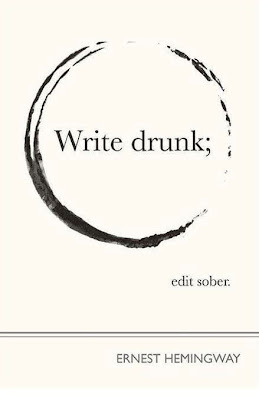 Probably true, although I'm a little leery of mixing a wine and writing.  But who am I to argue with Papa?
Posted by terry at 7:53 PM No comments: 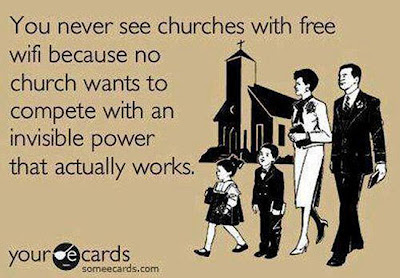 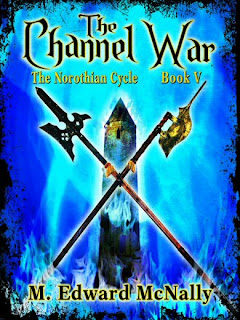 “Will you still find me desirable when I’m bloated like a puffer fish?” Tilda asked, smiling at Zeb in the mirror.


“Of course, for my love for you knows no bounds,” Zeb said solemnly.  “How about you?  Once I am old and bald, back bent, knees shot…”


“Your knees are already shot.”


Tilda rolled down her blouse and turned to Zeb with a swirl in her long dress.

(from The Channel War,  by M. Edward McNally) 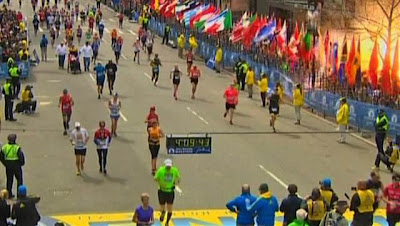 Two thoughts.  We are all Bostonians tonight.  And F*CK TERRORISM.
Posted by terry at 6:21 PM No comments: 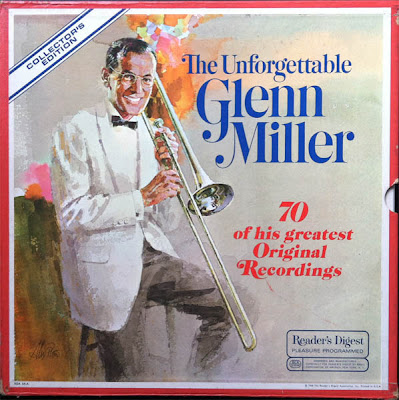 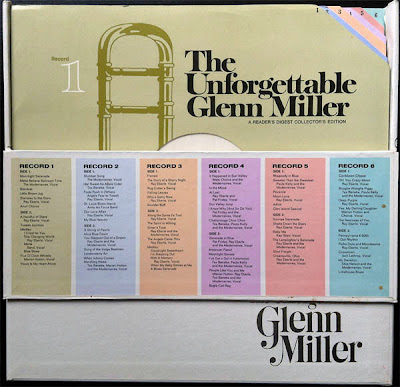 This is my latest music conversion project - a 6-LP boxed set of Glenn Miller songs.  This is 1940's (and earlier) Big Band music.  I'm not a big fan of this genre, but it did bring back old memories of the Junior High School "dance band" that I was in, way back in the early 60's.  We played some of the tracks in this collection.

The Unforgettable Glenn Miller collection was put out by Readers Digest in 1968.  I won't list all 70 tracks here; overall I enjoyed the ones that didn't have any singing more.

The LP's themselves were in pristine condition.  I'm not sure if that is due to the erstwhile owner being an audiophile, or if he simply never played them.  I decided not to run the de-scratching program on the discs, opting instead for manual removal.

The first three LP's were essentially mint condition.  LP's 4 and 5 were apparently the ones the guy listened to most often; they had a few scratches.  LP 6 was in near-mint condition.

There were no skips - forward or nackward - and none of the LP's were warped to any appreciable degree.  Each LP sleeve had a track-by-track discourse which was very enlightening; and Readers Rigest included a short brochure called "The Miller Magic", recounting Miller's life.

Glenn Miller disappeared on December 15, 1944 on a flight from England to Paris, where he was to make arrangements for his band to play for the troops.  You can read about the verious theories concerning his death here.

I don't generally post YouTube links on this blog, but here is one of what is probably my favorite track from this set.  Bugle Call Rag. http://www.youtube.com/watch?v=iV4iViKWRe8 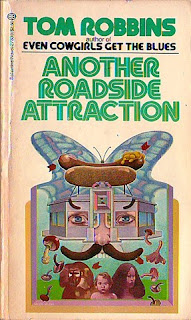 “You don’t eat meat,” observed Marx Marvelous.  (This was a week after the reading of Purcell’s letters and the ambivalent young scientist could at last talk of something else.)


“That he does.  He considers it man’s evolutionary duty to devour other species.  My husband will never kill anything he is not prepared to eat.”


“That’s a pretty good practice,” admitted Marx Marvelous.  “If everyone cultivated that habit there would be fewer murders and no war.”


“Or a boom in cannibals,” said Amanda.


.
(from Another Roadside Attraction by Tom Robbins) 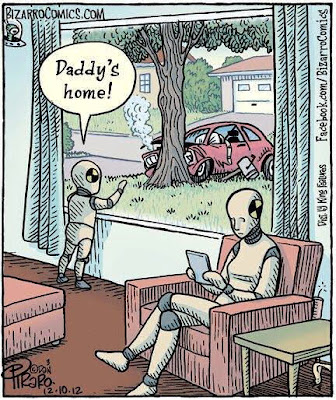 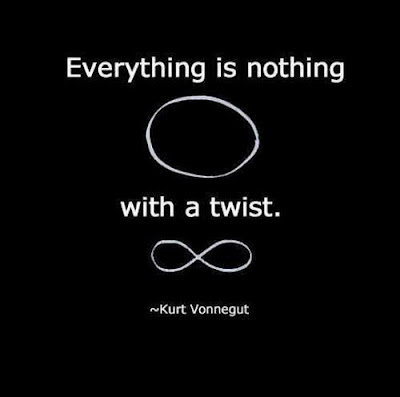 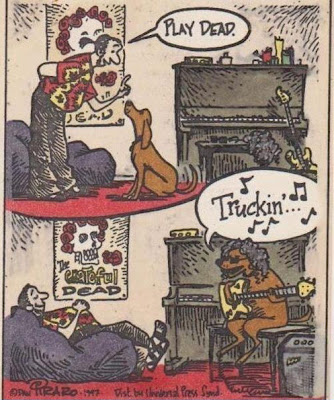 Your taxes are (almost) due 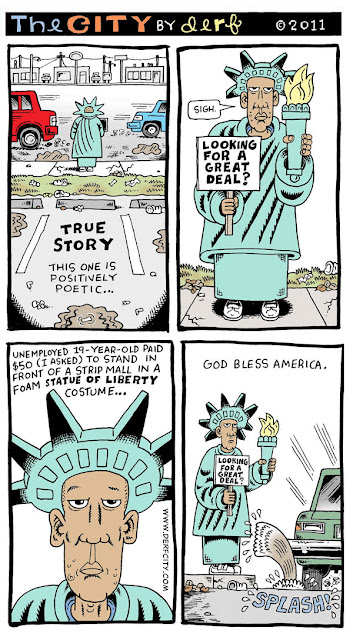 Less than a week remains before you owe a communication of some sort to the IRS.  As noted earlier, I got mine done Monday a week ago, and I'm getting refunds from both the Feds and the State.

That's true every year because of how I structure my withholdings.  I don't begrudge the government the interest they earn off hanging on to my excess deuctions for a year.

I was pleasantly surprised that the amount of the refunds hadn't changed noticeably this year.  We'll see if I can say the same for the 2013 returns.
Posted by terry at 8:39 PM No comments: 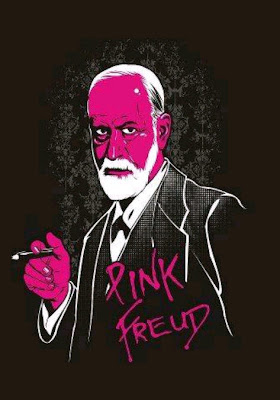 Something quick, as I'm in the process of digitalizing a boxed set of 6-LP's, and getting an earful of the "Big Band" sound..
Posted by terry at 8:34 PM No comments: 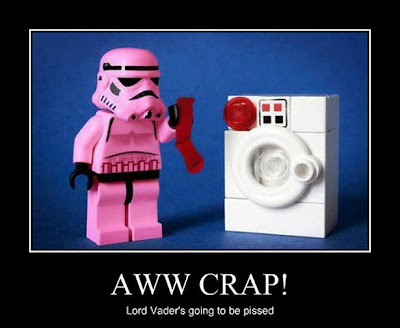 Anything that has both Legos and Star Wars in it has got to be kewl.
Posted by terry at 8:32 PM No comments: 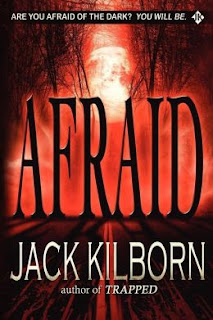 The night of fishing had been uneventful; a few small bass earlier in the evening, half a dozen northern pike – none bigger than a pickle – and then, nothing.  The zip of his baitcaster unspooling and the plop of the bait hitting the water were the only sounds he’d heard for the last hour.

Until the helicopter exploded.


(from Afraid – A Novel of Terror,  by J.A. Konrath, aka Jack Kilborn) 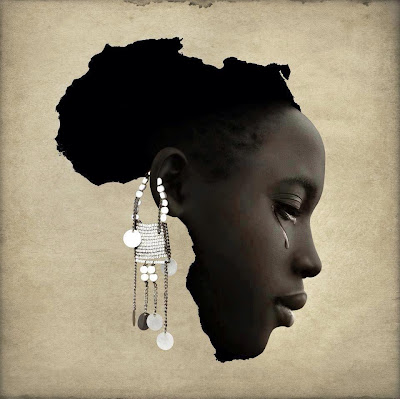 We haven't been posting enough art-related stuff lately.
Posted by terry at 8:44 PM No comments: 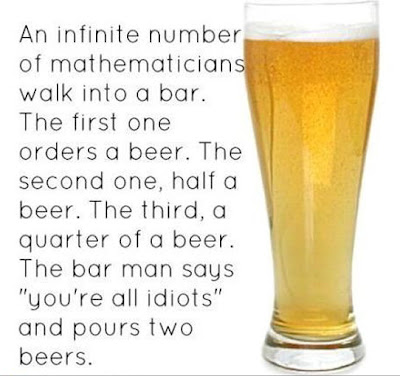 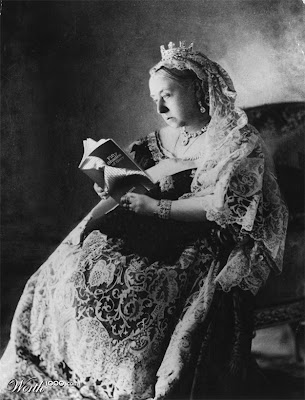 The taxes are done and will be put in the mail tomorrow.  But I'm worn out from staying up past my bedtime last night.  Seeing who's going home on DWTS frankly doesn't interest me.  (*)  So it's time to get a couple hours of quality reading in.

(*) : Nevertheless, I predict Wynona's getting the boot tonight.
Posted by terry at 8:16 PM No comments:

Something quick, as I'm off to get my taxes done tonight.  RIP, Jerry Garcia.  One can only dream of what the world would be like if, somewhere along the line, we had elected you POTUS.
Posted by terry at 6:01 PM No comments: