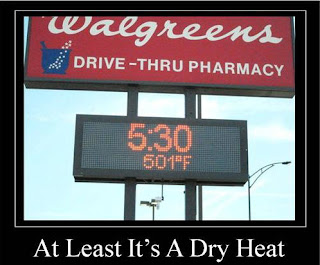 Tomorrow is October.  Today, it was 100°F, and weather.com is predicting triple-digit highs through Wednesday.  This sucks, Butthead. 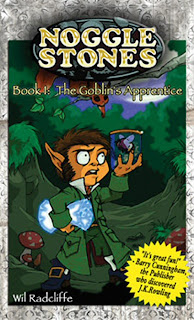 Bugbear felt something cold and hard smash against the back of his head.  It wasn't something he wanted to feel there.  No, not at all.  Yet there it was.  And it was followed by something he didn't want to hear.

"Don't move an inch, or I'll take your misbegotten head."

Oh, he didn't want to hear that at all.  He hated the word "misbegotten."

(from Noggle Stones Book 1 - The Goblin's Apprentice by Wil Radcliffe)

The Grinch who stole Social Security 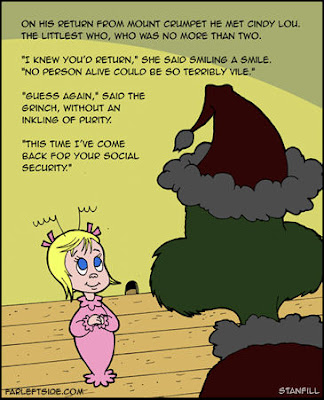 It's heartening to see that the public is not fooled about Paul Ryan and his extremist ideas about the elderly, the poor, the sick, and the unions.  Even his fellow Catholics find him to be a dangerous twit.
Posted by terry at 7:54 PM No comments: 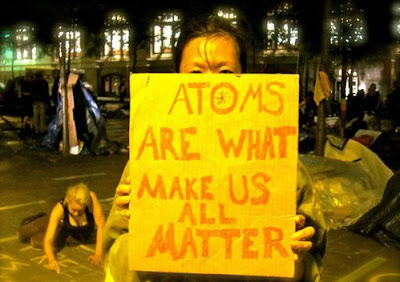 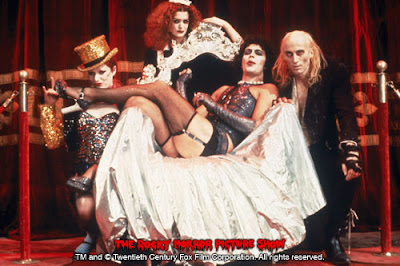 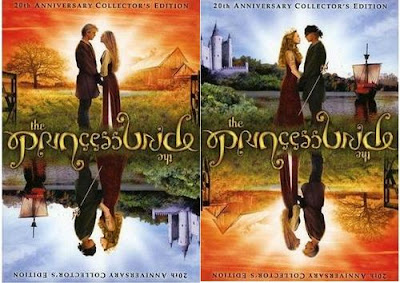 It was 25 years ago today, that the movie The Princess Bride debuted.  It didn't do much at the time - Fatal Attraction and Ghost were the biggies that year.  But it has since garnered a loyal following of fans, one of which is moi.

TPB is not my favorite flic of all time - that has to be Monty Python and The Holy Grail.  But it's in my Top 5.  And the DVD has a b*tchin' cover with some fabulous font-work.

RIP, Andre The Giant.  I will remember you far more for this movie than for your WWF career.
Posted by terry at 6:59 PM No comments: 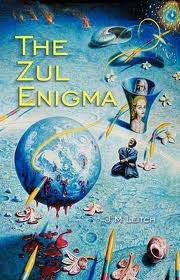 April 2068.  It took Scott Fuller a full five minutes to recover from the shock.  A relative of the infamous Dr. Carlos Maiz, the man charged with committing murder on the largest scale in the history of mankind, had hunted him down wanting to talk.  He exhaled a deep breath before returning the call.

He explained that Dr. Maiz was hitting the depths of despair at the time they'd met, plus their contact had been brief.  Very brief.  A total of no more than fifteen minutes at most.  Not to mention the fifty-six years that had passed since.  However, he assured her, he never for one minute believe Dr. Maiz was guilty of what he'd been accused - to the contrary - he thought the man had done everything in his power  to help humanity rather than harm it, but other than that, there was not much he could say.

(from The Zul Enigma, by J.M. Leitch) 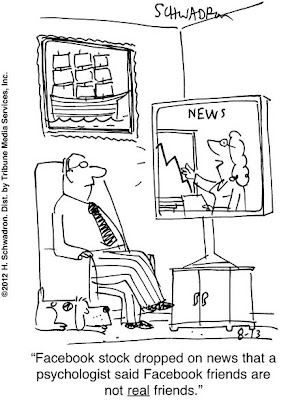 I have one FB acquaintance who has 853 FaceBook friends.  Is it even possible to call that many people your buds?
Posted by terry at 7:41 PM No comments: 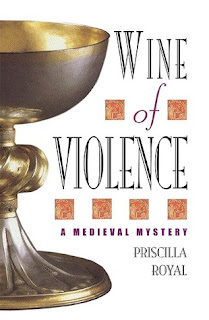 Sharing this love of intrigue had been his boyhood friend, Giles, who was also sent to cathedral school as the proper place for a younger, and in this case legitimate, son of one of the earl's barons.  Giles was more than just a childhood friend.  They had been brothers in toddler mischief, adolescent buffoonery, and finally the more serious sports of wining and wenching.

(from Wine of Violence, by Priscilla Royal)

Two and a half Men meets LOTR 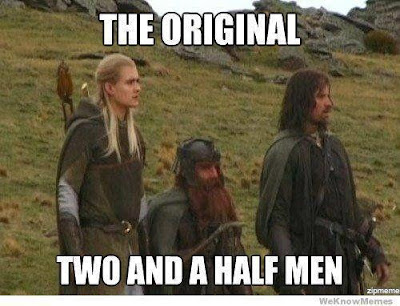 And any of the three of them could whup Charlie Sheen's butt.
Posted by terry at 7:57 PM No comments: 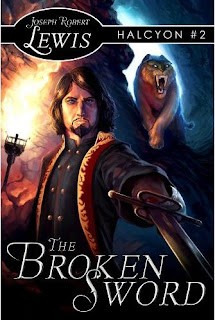 The door opened again.  Taziri glanced back just in time to see Shahera leap forward and take a wild swing at the lone soldier emerging from the building.  Her fist connected with the side of his face and the young man stumbled away from her.

"I didn't know it was you," Shahera said.  "I thought you were one of those soldiers."

"You hit one of my favorite eyes.  It really hurts," he said, massaging the side of his face.

(from The Broken Sword, by Joseph Robert Lewis) 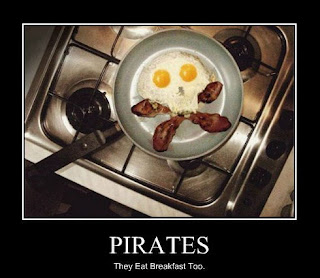 Truly one of my favorite holidays of the ye-arrrrrr.
Posted by terry at 5:43 PM No comments: 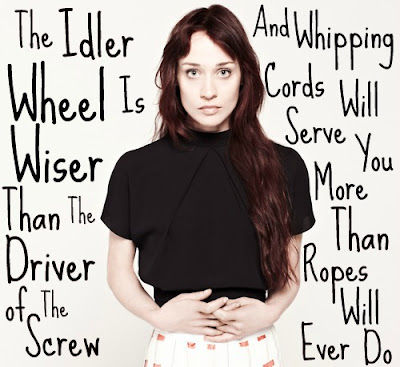 Yeah, we'll be seeing her in concert tonight.  Jason and Liz really like her; I'm kinda neutral.  So it will be interesting to see if I enjoy the concert.
Posted by terry at 4:54 PM No comments:

Back from the Cruise 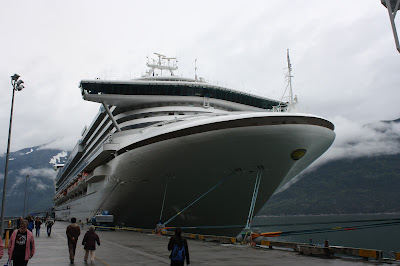 We're back from our 1-week Alaskan cruise.  We departed Seattle last Sunday night on the above piece of floating luxury, and got back in town at midnight last night.

This was our first cruise, and it was definitely a memorable experience.  The legs of the cruise were :

We didn't do any of the tours.  Seattle and Victoria were sunny.  All the Alaska stops were overcast, with occasional light rain.  Well, it is a rainforest, after all.  And since we were coming from Phoenix summer weather, we dug the cold and the gray and the wetness. 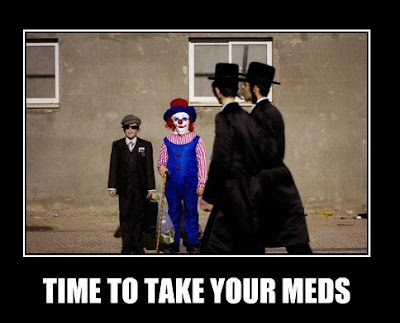 Back from the cruise.  Time to get real.
Posted by terry at 4:23 PM No comments: 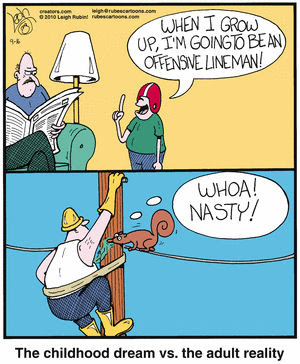 And hopefully it will be a good year for my Washington Redskins, Arizona Cardinals, ASU Sun Devils, and Penn State Nittany Lions.  Although things look grim for PSU.
Posted by terry at 4:19 PM No comments:

You are what you eat 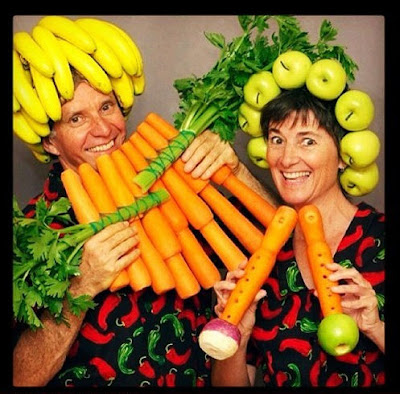 All that's needed to complete this pic is a head of lettuce.
Posted by terry at 4:15 PM No comments: Why does the Universe exist? 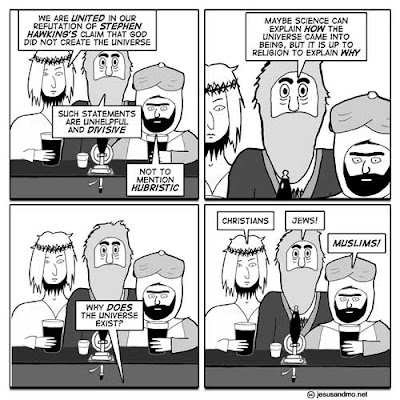 Another theological question resolved.
Posted by terry at 4:06 PM No comments: 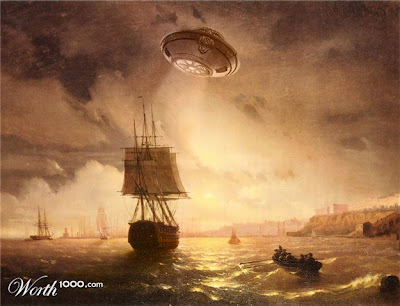 A quick pic from our excursion.  We did both a chrono-hop and a dimension-hop this time.  Don't be alarmed - that starship isn't about to blast our cruise ship.  It's beaming us up for one of the daily tours.
Posted by terry at 4:03 PM No comments:

Whose God is better?

From the now-defunct internet comic strip, Calamities of Nature.  Hopefully, it will be revived someday.
Posted by terry at 3:58 PM No comments: 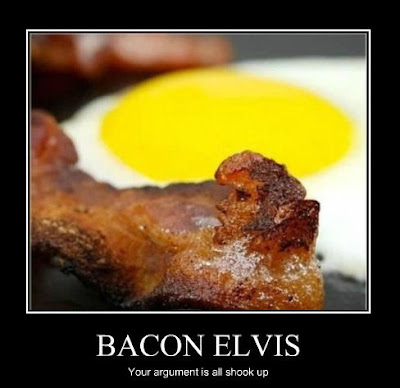 Time Out To Travel

We're outta here for a couple days for a long-overdue vacation.  But fear not, by the magic of Blogger's 'Schedule' feature, we'll still be posting on a daily basis.  There won't be much text, though.
Posted by terry at 3:51 PM No comments: 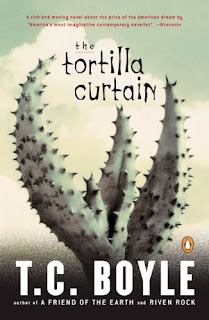 She ... thought of Soledad Ordonez, the stooped old shapeless woman from the  San Miguel barrio who didn't speak to her husband for twenty-two years because he sold their pig in San Andrés and was drunk for a week on the proceeds.  He was dying, stretched out on his deathbed with the priest and their three sons and four daughters there and all their seventeen grandchildren and his brother too, and he could barely croak out the words, "Soledad, talk to me," and her face was stone and the priest and the brother and all the grandchildren held their breath, and she said one word, "Drunkard," and he died.

(from The Tortilla Curtain, by T.C. Boyle) 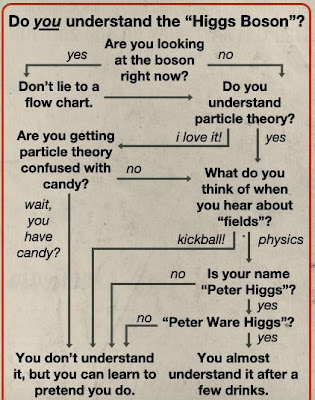 Actually, I do understand the Higgs Boson.  Sorta.  Kinda.  I've been reading Brian Greene's "The Fabric of the Cosmos", and it gives an excellent explanation of this long-sought-after particle that is essential to the Quantum Physics theories.

And no, despite the hoopla of a couple weeks ago, they have not yet found the Higgs Boson.  They found evidence of a particle that had Boson-like attributes.  That's a long way from saying they found it.
Posted by terry at 6:09 PM No comments: 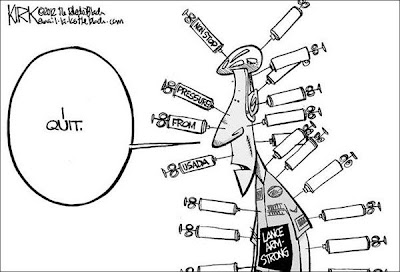 According to Lance, he just got tired and decided to quit fighting the allegations that he cheated.  Time and time again.

Yeah, right.  I don't have a high regard for the dude (I work with a few people - biking enthusiasts, of course - who worship him), but I will say one thing for him - he's not a quitter. 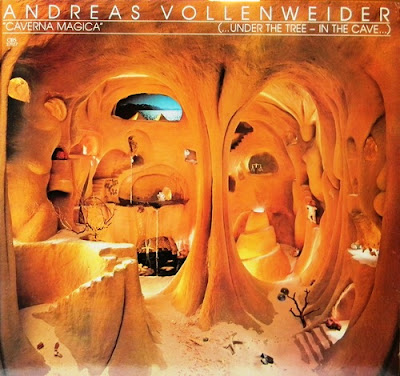 A kewl album cover for a kewl LP; according to Wikipedia, this was Andreas Vollenweider's second studio album.  I've converted about five of his records now; they're all good.

About the worst I can say about the conversion is that the first and last tracks include sound effects of two people mucking around a cave, and the de-scratching program simply went nutzo with that.  So I was forced to remove the scratches manually, which was okay since it was a very clean disc.

To boot, Mr. Vollenweider likes to merge the ending of one track with the beginning of the next, so I ended up just simply making it two tracks total.

I've yet to listen to a "meh" album from Andreas Vollenweider.  They're all good "soft jazz", and freaking excellent background music when you're reading a book.  8½ Stars.
Posted by terry at 6:29 PM No comments:

Where Clint got his idea 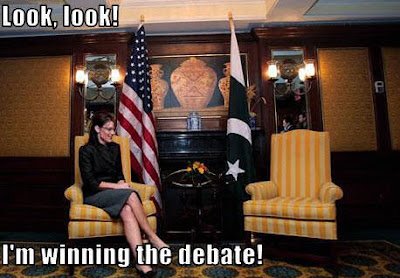 I've had this pic since 2010.  Didn't get around to posting it back then, and Sarah's star has since crashed and burned, so I haven't seen a reason to post it since.

Then came Clint Eastwood's debacle at the Repugnican National Convention.
Posted by terry at 6:36 PM No comments: 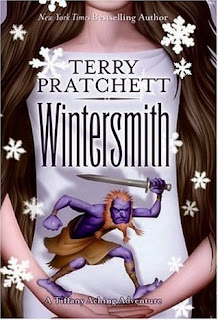 "Most bigjob men get married."

"They do?" said a Feegle in astonishment.

"They want tae get married?"

"Hey, ah'm still allowed some drinkin' an' stealin' an' fightin'!" said Rob Anybody.

"Aye, Rob, but we canna help noticin' ye also have tae do the Explainin', too," said Daft Wullie.

(from Wintersmith, by Terry Pratchett) 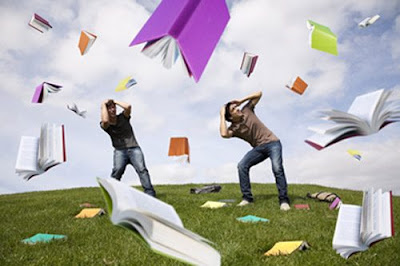