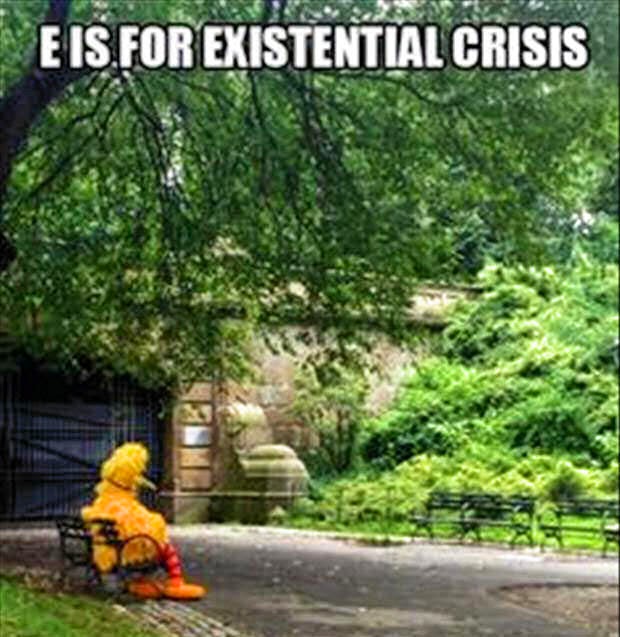 I'd have more existential crises if I knew WTF they were.
Posted by terry at 5:54 PM No comments: 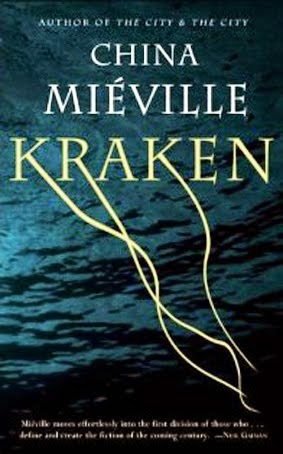 This had been the seat of sovereignty, and it cropped up throughout the city’s history if you knew where to look.  Jack Cade touched his sword to the London Stone when claiming grievances against the king: that was what gained him the right to speak, he said, and others believed.  Did he wonder why it had turned on him, afterward?  Perhaps after the change in his fortunes, his head had looked down from the pike on the bridge, seen his quartered body parts taken for national gloating, and wryly thought, So, London Stone, to be honest I’m getting mixed messages here. . . Should I in fact maybe not lead the rebels?

(from Kraken by China Miéville) 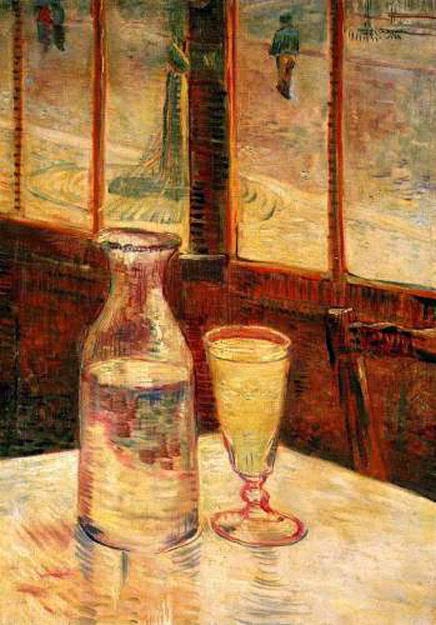 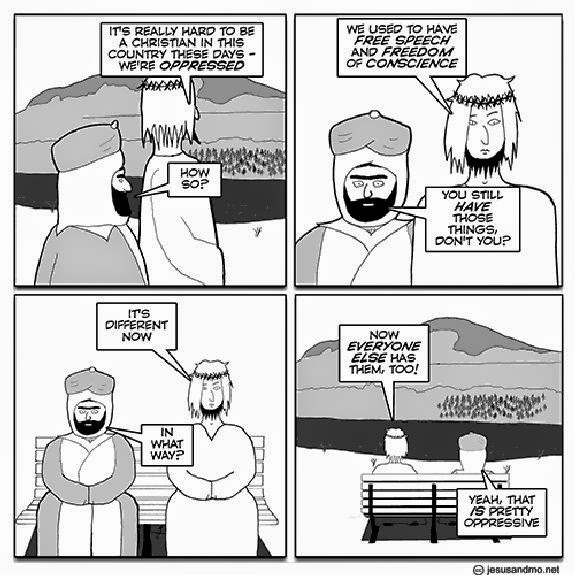 Once again, Jesus and Mo gets to the crux of the issue.  Way to go, boys!
Posted by terry at 8:40 PM No comments: 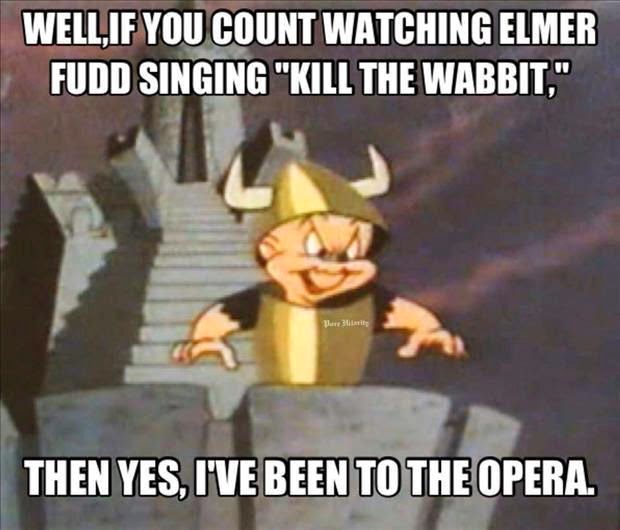 I'm happy to say I've never gone to see an opera.  I did attend a ballet once.  A local production of Swan Lake.  It was  every bit as meh as I thought it would be.
Posted by terry at 5:40 PM No comments: 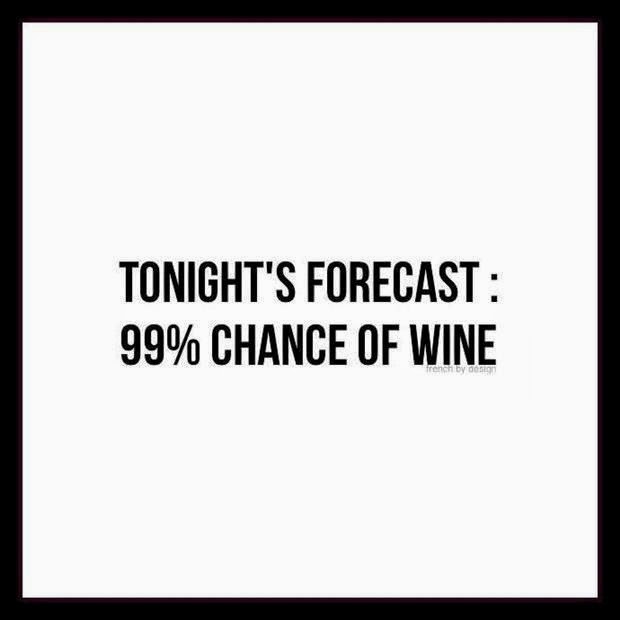 and that's trending upwards towards 100%.
Posted by terry at 7:49 PM No comments: 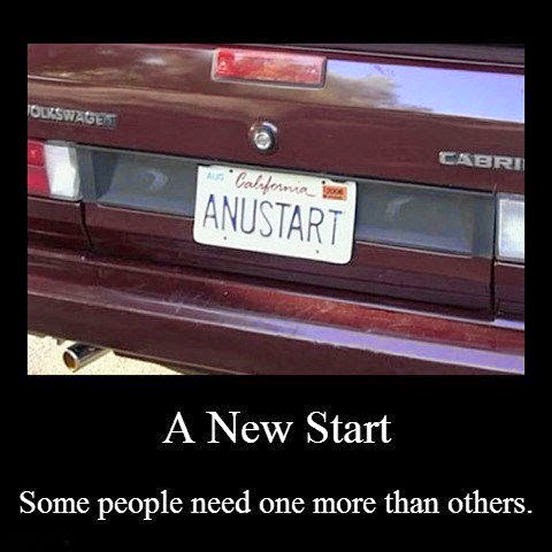 My hat's off to anybody who can slip one by the DMV folks.
Posted by terry at 6:27 PM No comments: 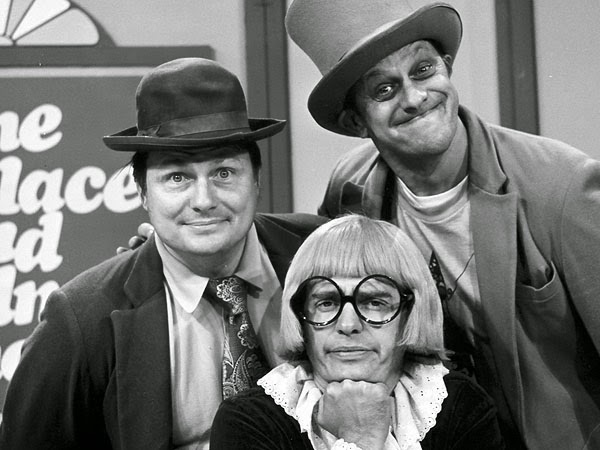 Bill Thompson (l.), better known as Wallace of  The Wallace and Ladmo Show, passed away yesterday at the age of 82.

For you non-Phoenicians, TW&LS was a local afternoon kid's show that aired from 1954 to 1989.  That's 36 years, an enormous amount of time for such a venue.  Ladmo (r.) passed away in 1994.  AFAIK, Gerald (center, played by Pat McMahon) is still alive and kicking.

The show was enormously popular in its heyday, with kids going into near ecstasy if they could get on the show and receive a Ladmo Bag.

And no, I was never on it, being an adult when I moved here.  But I used to play pinball at the bowling alley where Ladmo bowled in a league.  And it was a lot of fun to say to whatever stranger was on the machine next to me, "Psst.  Hey buddy!  That's Ladmo over there!"  It was always met with initial disbelief, followed by prolonged staring, and then strange looks at me for pointing it out.

FWIW, the show itself and Ladmo have their own Wikipedia entries.  But neither Wallace nor Gerald do.  Somebody really needs to do something about this.
Posted by terry at 5:33 PM No comments: 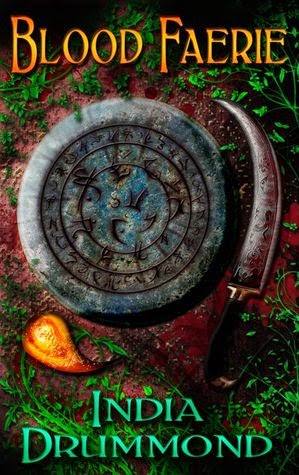 “I do not know this word,” she said, flicking her hood back with impatience.

“He must be crazy to do the things he’s done.  He’s not going to think like you or I would.”

“Isn’t he?  How could a sane person commit these murders?”

“There is a difference between evil and insane.”

(from Blood Faerie,  by India Drummond) 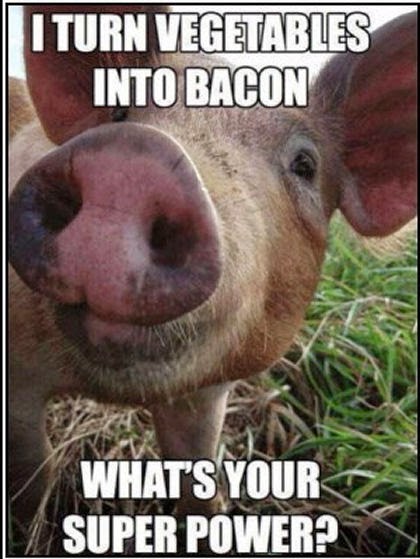 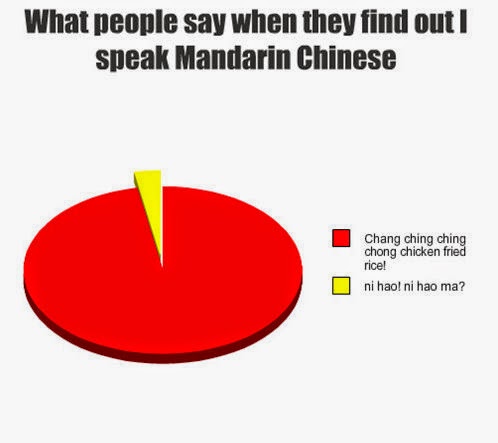 Years back, I saw Shaq respond this very way when asked about Yao Ming.  What a jerk.
Posted by terry at 6:20 PM No comments: 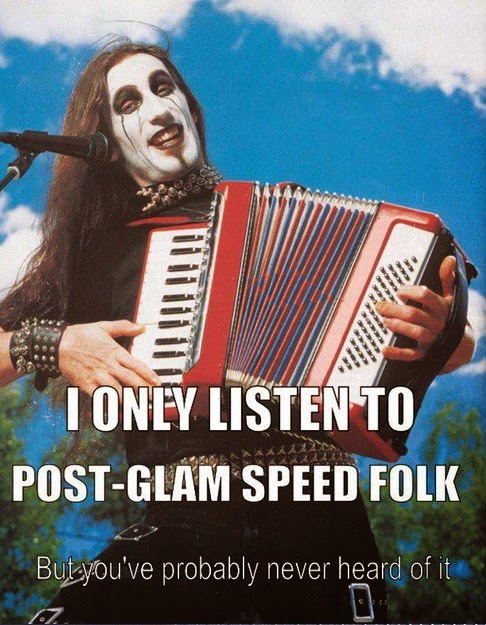 Full disclosure - I really don't listen to Post Glam Speed Folk.  But I do listen to Polka Metal.
Posted by terry at 7:02 PM No comments: 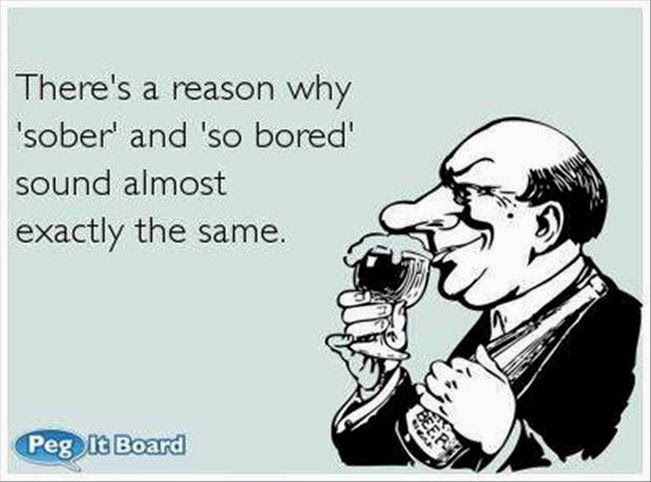 A glass of red wine is a Friday night ritual at our house.
Posted by terry at 7:15 PM No comments: 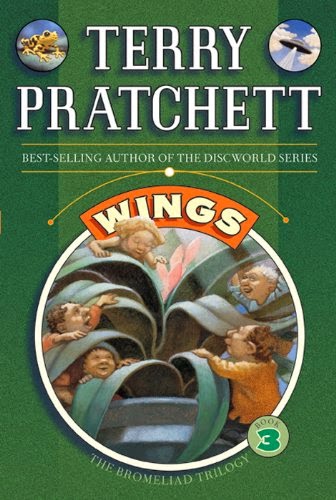 This is a bit of the continent, sticking out into the warmer sea to the southeast.  Most of its inhabitants call it Florida.

Actually, they don’t.  Most of its inhabitants don’t call it anything.  They don’t even know it exists.  Most of them have six legs, and buzz.  A lot of them have eight legs and spend a lot of time in webs waiting for six-legged inhabitants to arrive for lunch.  Many of the rest have four legs, and bark or moo or even lie in swamps pretending to be logs. 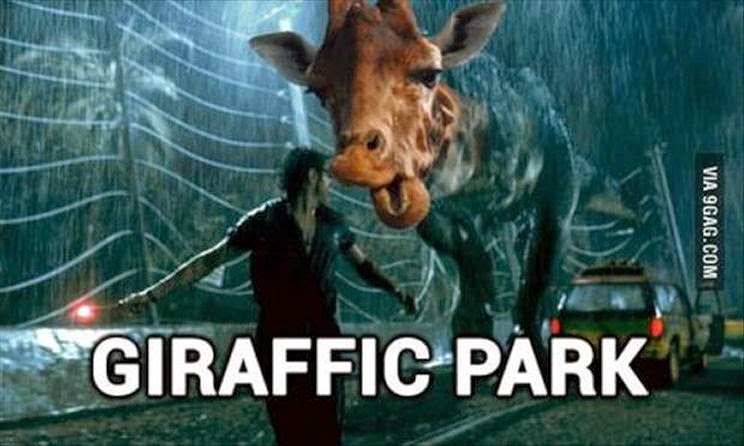 ... I definitely am going to see this one when it hits the theaters.
Posted by terry at 7:13 PM No comments:

Movie Quote for the Day 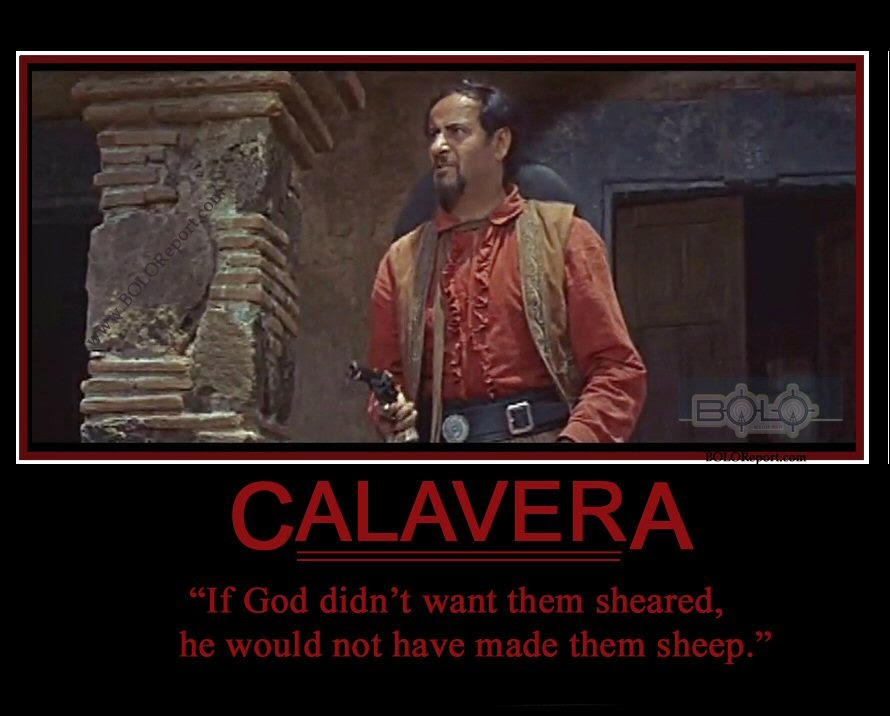 Yes, the correct name is Calvera, but we'll forgive the typo.  A great quote, by a great bad guy, from a great movie.  RIP, Eli Wallach.
Posted by terry at 6:36 PM No comments:

I have big dreams 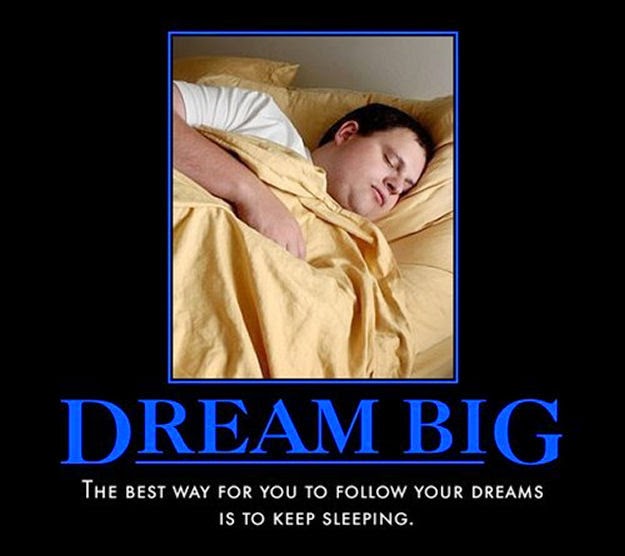 Makes sense to me.
Posted by terry at 8:09 PM No comments:

We are committed to posting any Sally Forth comic strip that has Quantum Physics in it.
Posted by terry at 6:48 PM No comments: Aw jeez.  Another great one has passed on.
Posted by terry at 5:00 PM No comments: 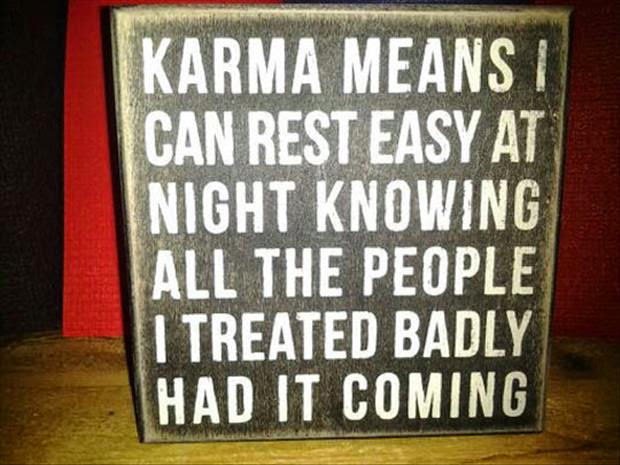 I'm kewl with Karma.
Posted by terry at 8:49 PM No comments: 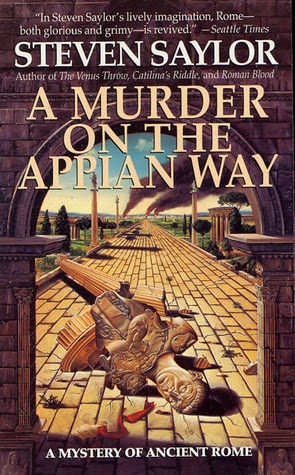 Eco laughed.  “Do you think that Milo’s wife can be half as disagreeable as our hostess seemed to think?”

“I’ve never had the pleasure of meeting the lady myself, but she’s certainly been the subject of more than her share of gossip.  Not that I would ever seek out such tales.  Bethesda tells them to Diana, you know, and I can hardly help overhearing.”

“Of course, Papa.  I understand.  It’s the same with Menenia, always subjecting me to distasteful gossip.  But it would be rude to plug my ears, wouldn’t it?  So – tell me what you’ve heard, and I’ll tell you what I’ve heard!”

(from A Murder on the Appian Way by Steven Saylor) 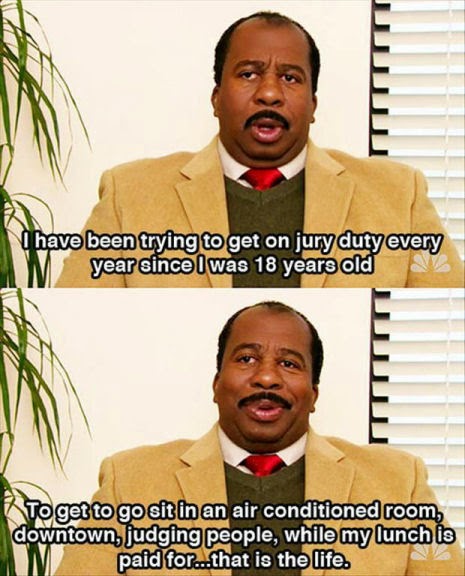 Time to brush up on my psychotic-nutjob you-don't-want-me-on-your-jury routine.  And to read up on the dress code rules to see how far I can push their limits.  However, it should be noted my crazy-as-a-loon routine has historically had a 50% fail-rate.  4 times called; 2 times served.
Posted by terry at 7:32 PM No comments: 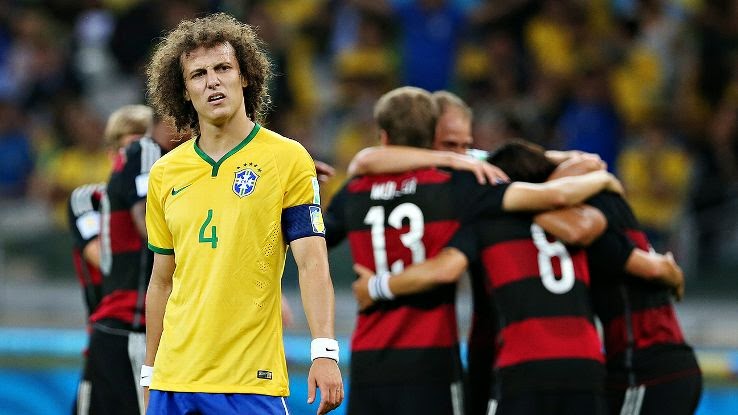 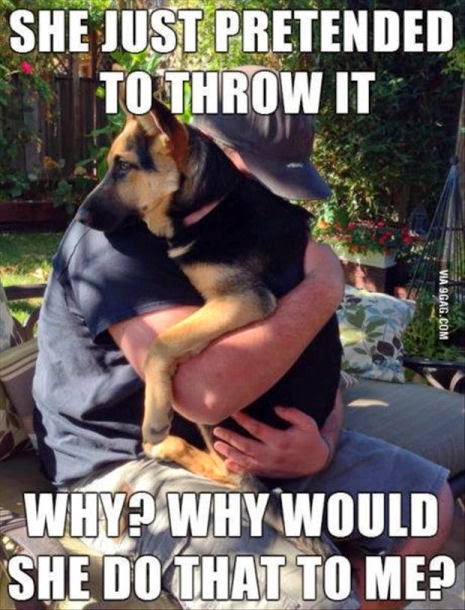 This applies to my wife, not me.  I never fake throwing the ball (or squeaky toy) for the dogs.
Posted by terry at 7:33 PM No comments: 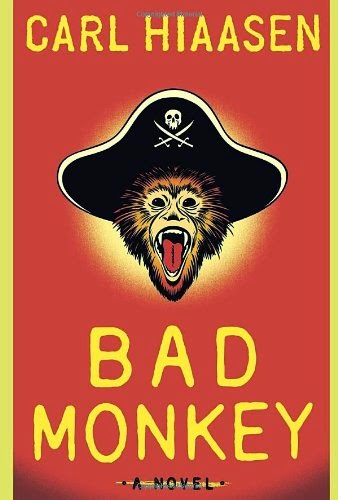 Over the years Yancy had conjured many irrational revenge fantasies about Johnny Mendez.  For a time he considered seducing Mendez’s wife until he realized he’d be doing Mendez a huge favor.  Mrs. Mendez was an unbearable harridan.  Her features were a riot of futile surgeries, and she laughed like a mandrill on PCP.  Yancy once bought her a margarita at the InterContinental, and for two solid weeks he’d slept with the lights on.

(from Bad Monkey,  by Carl Hiaasen) 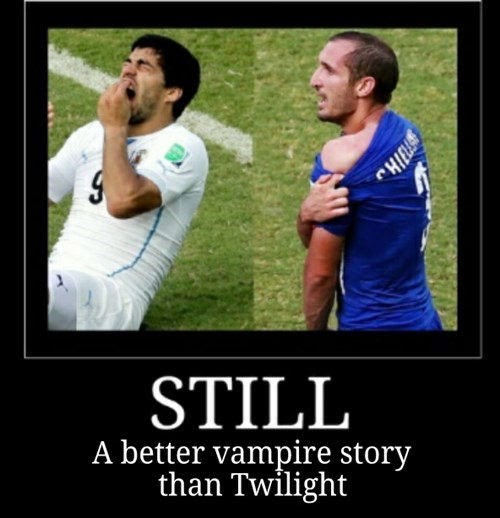 I feel a little guilty bashing Twilight (both the book and the movie) because frankly, I've never read/watched it.  But jeez, I've never come across anyone who tries to defend it,  Especially those who have read/watched it.
Posted by terry at 7:19 PM No comments: 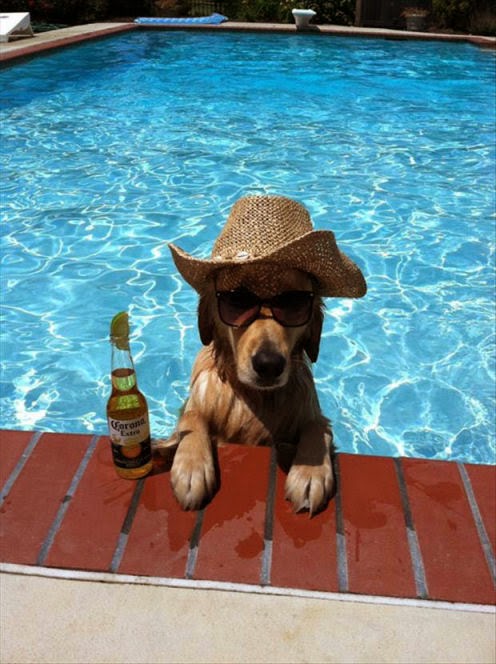 Hope your holiday was fantastic today.  Ours was.  The humans, and several of the dogs, went swimming.
Posted by terry at 8:39 PM No comments:

My son has the following criterion for accepting someone's friend request on FaceBook.  If he doesn't give a sh*t about what you had for breakfast, then he doesn't see any reason to be your friend on FB.

Frankly, I like his logic.  So does Scott Adams, apparently.
Posted by terry at 6:43 PM No comments: 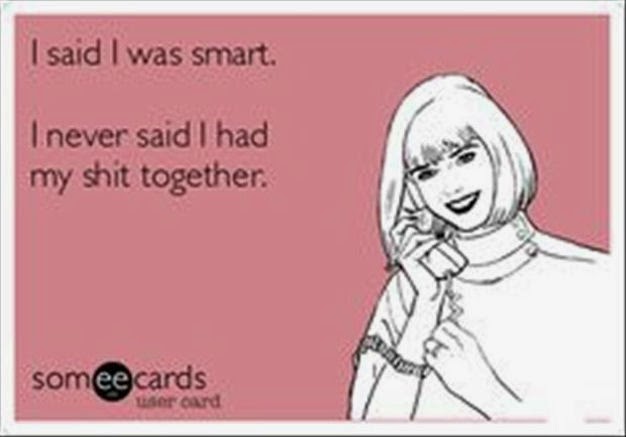 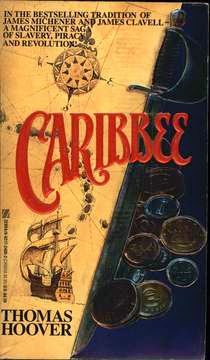 “You truly are a branco.  You may speak our tongue, but there is nothing left of your Yoruba blood.  It has long since drained away.”

“As yours will soon.  To water the cane on this island, if you try to rise up against the branco.”

“I can refuse to submit.”  The hardness in his eyes aroused her.  Was it desperation?  Or pride?

“Then I will die.  If the branco kills me today, he cannot kill me again tomorrow.  And I will die free.”

(from Caribbee,  by Thomas Hoover)