Selaris sighed.  “I suppose so.”

“I do not recommend the use of alternative medicine or homeopathic remedies, even in extreme circumstances,” the hologram said, and this time the haughtiness was unmistakable.  “If proper medical techniques haven (sic) proven ineffective, the-“

“Shut up or I’ll slap your brain inside a sanitation mech,” Thomas growled.  “Let’s give it a try.” 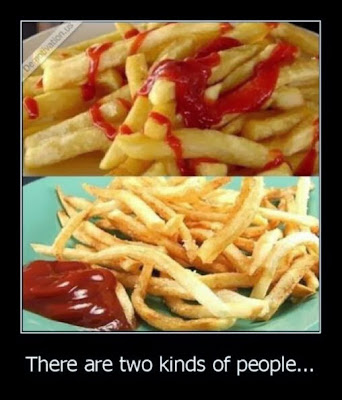 Listen, I'll admit it - when I was 5 or 6 years old, I'd slobber the ketchup on the fries willy-nilly.  But you'd always end up with half the fries being soaked in the stuff, and half the fries with no ketchup at all.

The bottom way is the only way to east ketchup-&-fries.  You control the dipping, so you get the right amount of condiment every time.  Jeez, anyone with OCD can tell you that.
Posted by terry at 6:30 PM No comments: 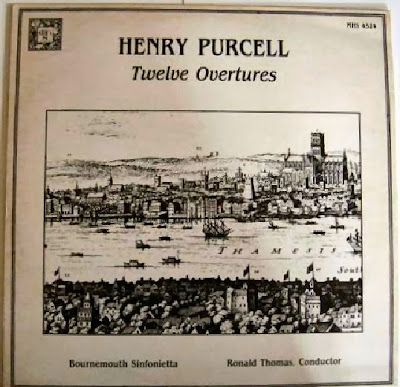 The title says it all - 12 Overtures written by Purcell in his prolific, but all too brief career.  He died at 35 or 36 years old  (1659-1695).  The tracks are performed by the Bournemouth Sinfonietta, which was an offshoot of the Bournemouth Symphony Orchestra, and existed from 1968 until 1999, when it disbanded for lack of funding.  They put out a sh*tload of albums in their lifetime, including this one (MHS 4524, Musical Heritage Society), in 1980.  You can read all about them in Wikipedia.

I think I picked this LP up for free from the local used record shop as part of their "buy one of our rock-&-roll LP's, get one of these classical LP's that nobody wants for free" deals.  The disc was in average shape, with a bunch of scratches throughout both sides, and a positively nasty forward-skip in Track 06.

It cleaned up fairly well.  You can still hear "hollow thuds" where a couple of the major scratches were.  And of course, there's nothing to do about the skip.

I'm a sucker for Baroque music of any kind, so I naturally like this whole album.  Purcell was big into trumpet fanfares, and although most of these were written for plays by Purcell's contemporaries, nowadays they'd fit perfectly in some 1950's "Knights in Shining Armor" black-&-white action movies.

All in all, a nice pick-up, although if you're not into Baroque, you may be yawning by Track 2.  A bunch of these are posted on YouTube, including the best of the bunch - The Fairy Queen.
Posted by terry at 5:59 PM No comments: 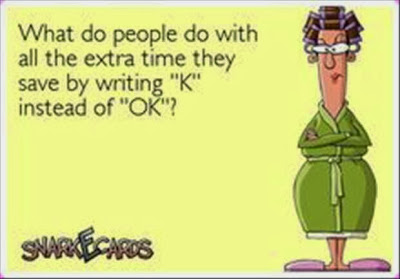 I know several people who use this "shortcut".
Posted by terry at 7:57 PM No comments: 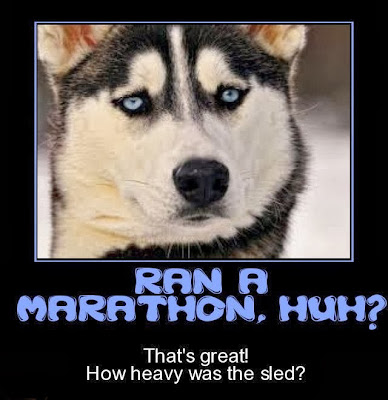 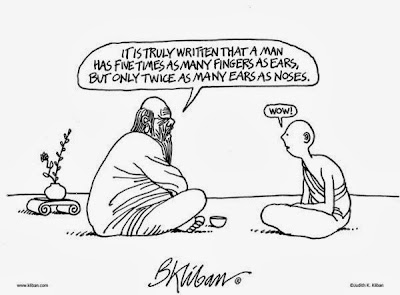 I put Kliban (and Kliban's Cats) in the same cartoon category as Zippy The Pinhead and XKCD.  I only "get" the comic about 10% of the time, and I have this vague feeling that the ones that I do understand are the least-funny of the offerings.
Posted by terry at 5:57 PM No comments: 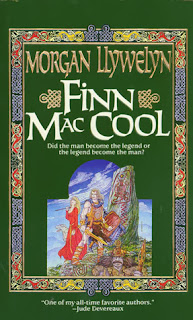 “Why would I want I warrior pursuing me?”

“And why not?” he asked innocently.

“My father says the fennedi want nothing more from a woman than a marriage of the seventh degree.  My father’s a smith, a skilled craftsman.  I shouldn’t have to settle for a seventh-degree, should I?”

“Not at all,” Finn hastily assured her, wondering what a seventh-degree marriage was. 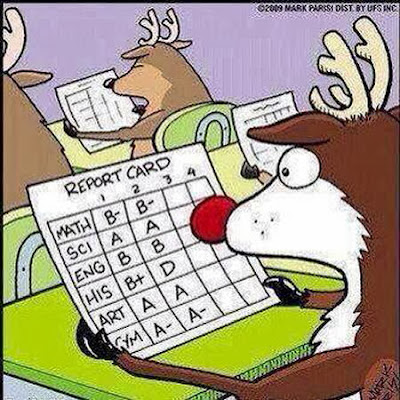 I used this last year, but it's definitely worth a re-post.
Posted by terry at 6:30 PM No comments: 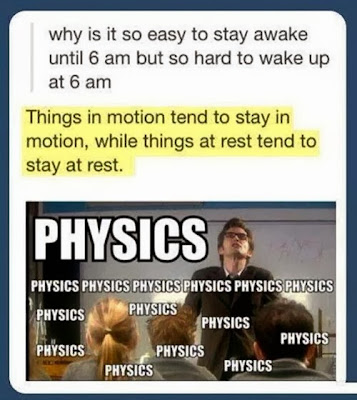 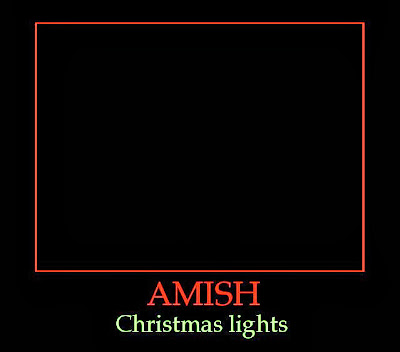 Indeed.  Totally enlightening.
Posted by terry at 7:58 PM No comments: 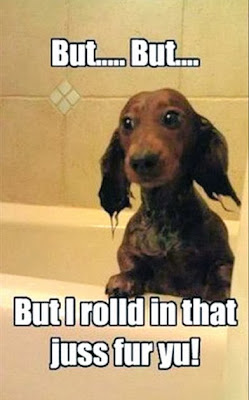 All three of our dogz would totally agree with this.
Posted by terry at 7:56 PM No comments: 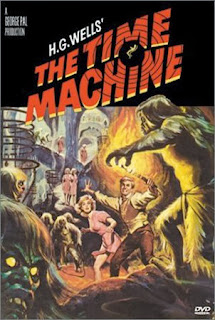 “When I had started with the Time Machine, I had started with the absurd assumption that the men of the Future would certainly be infinitely ahead of ourselves in all their appliances.  I had come without arms, without medicine, without anything to smoke – at times I missed tobacco frightfully – even without enough matches.  If only I had thought of a Kodak!”

(from The Time Machine by H.G. Wells) 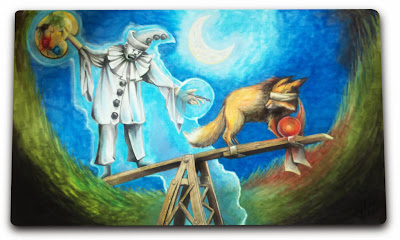 Stasis : a period or state of inactivity or equilibrium.

Stasis : a Magic The Gathering card.

Stasis : the name, and the second track of, an Etherfysh album.


Inexplicably, no one has ever posted an Etherfysh track on YouTube, not even the dude himself.  I'm seriously considering making this my next YouTube post.  At 7:49 minutes in length, that will take a lot of images to make it interesting.  My thought is to use a bunch of MTG cards, as there are hundreds, if not thousands of them to choose from.  Starting with the Stasis card itself.

Alas, my familiarity of MTG is flimsy at best.  My preferred game is Chess.  So picking kewl MTG cards for the video will be spotty, other than the Black Lotus.  Feel free to leave suggestions in the comments.
Posted by terry at 7:12 PM 2 comments: 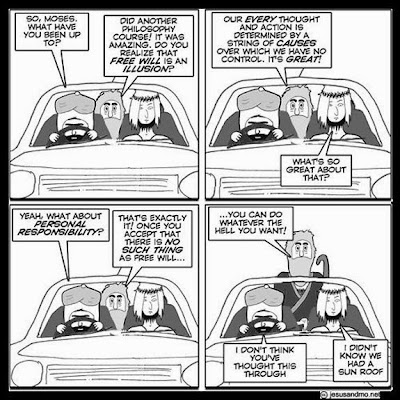 I have to admit, there's something persuasive about Moses' thought process.
Posted by terry at 10:09 PM No comments: 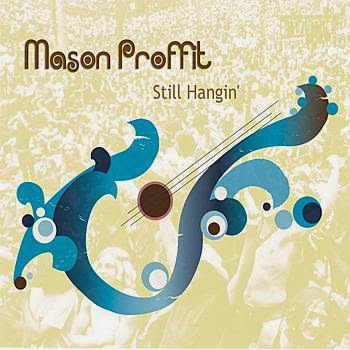 ANAICT, Still Hangin' is Mason Proffit's most-recent offering.  Amazon lists it as being issued on 01 August 2005.  I found it quite by accident via Freegal, which had 10 of the 12 tracks available.  And I bought the other two via Amazon for $0.99 each.

The usual caveat applies - I could easily just mark all the tracks pink.  But I've been a Mason Proffit fan for decades.  About half the tracks are reworks of earlier MP songs; the other half are new material, at least to me.

The musicianship is fantastic, but we expect that.  Terry Talbot's voice hasn't lost a note, which is simply amazing after 40 years in the music business.  The reworked material is well-done.  It's nice to hear slightly different guitar licks, and Talbot tweaks a few words here and there, sometimes to modernize the lyrics (see Lilly), but mostly to slip in a bit of evangelizing.

This shouldn't be surprising, if you've followed Talbot's musical and spiritual journeys after the break-up of Mason Proffit. Yet it does weaken this album a bit and makes you wonder who the target audience is.  His born-again fans will find Still Hangin' entirely too secular, and his Mason Proffit fans will resent the proselytizing, sporadic though it may be.  OTOH, the most blatant 'gospel' song here is Better Find Jesus, and that's an old MP song.

If you can overlook Talbot's occasional preachiness, and it really isn't overbearing, you will find this an excellent album.  It sells for $8.99 at Amazon, or you can get most of it for free (3 songs a week) at Freegal.  Highly recommended.  And many thanks to Mason Proffit for making this available via Freegal.
Posted by terry at 7:36 PM 1 comment:

why i love the holidays 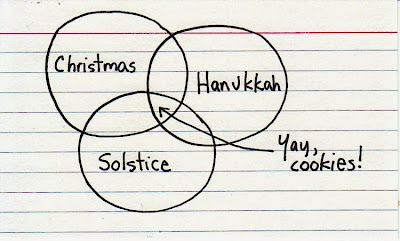 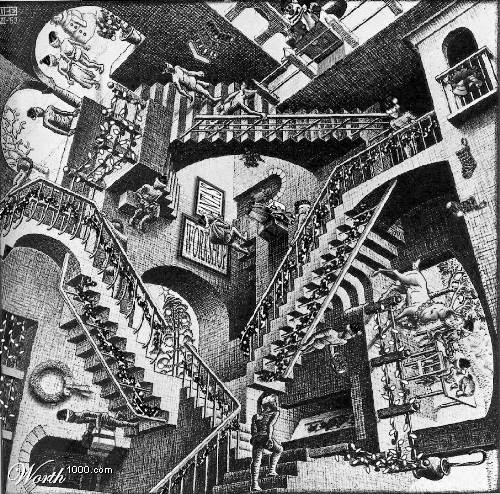 The Xmas decorations are up.  But I'm a little woozy from it all.
Posted by terry at 5:14 PM No comments: 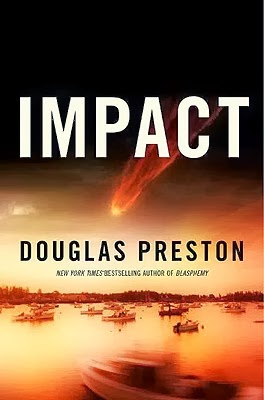 “You said this would take an hour.”
“So I was wrong.”
“You?  Wrong?”
“Hey, maybe you better sit down and take a look at what I found.”
He looked at her closely; she was haggard, her hair knotty and in disarray, eyes bloodshot, clothes with a slept-in look.  But the expression on her face was one of pure triumph.  “Don’t tell me you solved the problem?”
“Does a toilet seat get ass?”

(from Impact by Douglas Preston 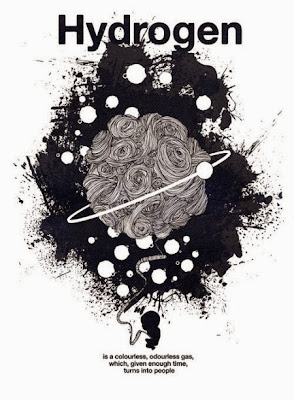 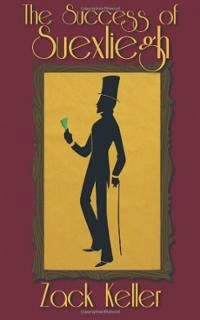 Valerie Petit.  As respected as a botanist could be; creator of ornate bouquets for Paris’s elite bourgeois who requested only the best in beautiful, dying plants.  Her husband, a man of old money, died mysteriously of a croquet mallet to the cranium.  All signs pointed to Valerie as the culprit: fingerprints on the mallet, blood on her dress, a seething, demonic hatred of her beau, and her intense affinity for the sport of croquet.  Yet she wore a different flower in her hair every day to court, cried with such saccharine conviction, and led everyone to believe that a lithe French damsel couldn’t possible (sic) wield enough force to deliver a crushing blow to a full grown man’s skull.


(from The Success of Suexliegh),  by Zack Keller)

I'm dreaming of a Write Christmas 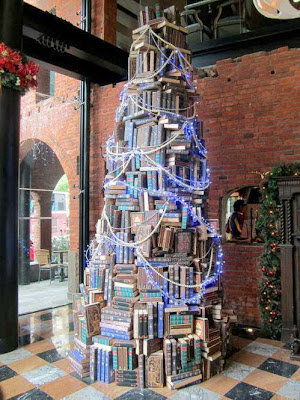 I've asked Santa to bring me books.  And books.  And more books.  But that's not all.  He can bring me gift cards for Barnes & Noble, Amazon, and Half-Price Books as well.
Posted by terry at 7:26 PM 2 comments: 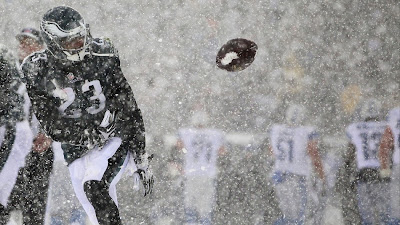 We ate lunch at Applebee's today, and they had the Eagles-Lions game on.  In Philadelphia.  In a fricking blizzard.  Tackling consisted mostly of just pushing the runner.  There was no traction, so down he'd go.  Passing was atrocious.  Punt returns were exciting though.

However, it was fun to watch it all in the warm comfort of a restaurant booth.
Posted by terry at 7:04 PM No comments: 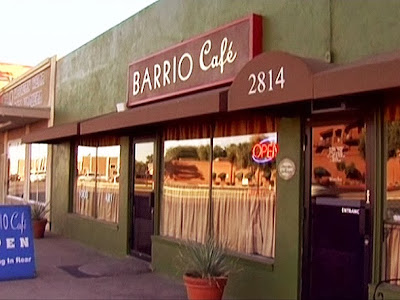 Liz's birthday was earlier this week, so she gets to pick where we go eat tonight.  There's not a lot of suspense - she's picked Barrio Café the last three years in a row.

It's a relatively small place on 7th Street.  They don't take reservations, so you can expect a wait of anywhere from 45 minutes to a couple hours.  The food is pricey but good.  The service is always excellent.  They usually have some local musician playing Mexican songs, and if we get drunk enough, we buy his CD. 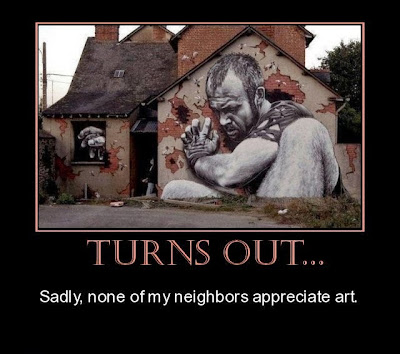 Sadly, much as I'd like to put this on my house to annoy my neighbor, it would be wasted because we have an 8-foot cinder block fence between us.
Posted by terry at 8:48 PM No comments:

Centuries from now, when they speak of the great spiritual leaders of the 20th century, no one will remember the get-rich scam-artist televangelists.  But they will remember Mahatma Gandhi and Nelson Mandela.

RIP, sir.  I am in awe of your strength, your passion, your accomplishments, your leadership, your faith, and most of all, your love.
Posted by terry at 5:36 PM No comments: 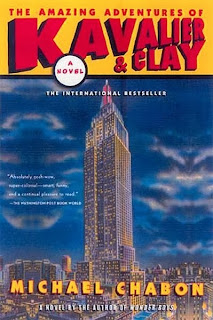 “You said that you looked and you weren’t in the index.”


“I see,” Rosa said.  But it turns out there is a whole, actual chapter about you.”


“It’s not about me personally:  It doesn’t even identify me by name.  It just talks about stories I wrote.  The Lumberjack.  The Rectifier.  But not just mine.  There’s a lot about Batman.  And Robin.  There’s stuff about Wonder Woman.  About how she’s a little . . . a little on the butch side.”

(from The Amazing Adventures of Kavalier & Clay by Michael Chabon) 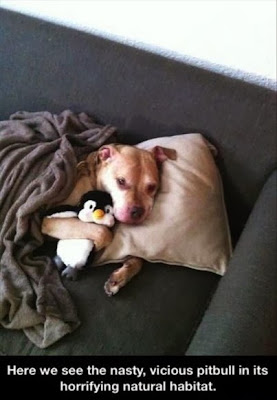 Really, folks.  No dog is born naturally-vicious.  Humans have to be mean to them to make them that way.
Posted by terry at 8:07 PM No comments: 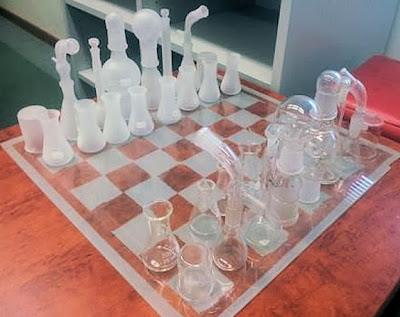 Yes, I'm an avid chess player.  Yes, I'm a chemist.  And yes, I'm a dork.  That's why I want Santa to bring this for Christmas.

FWIW, it would be for decorative purposes only.  Trying to play with anything other than the classical "Staunton" chessmen f*cks up your game to an incredible degree.
Posted by terry at 7:13 PM No comments: 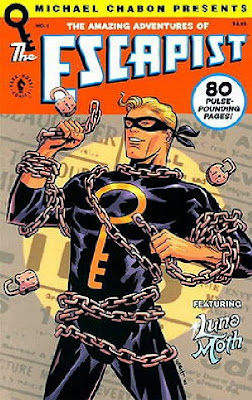 I think I may have to go find this, even though the reviews at Amazon are at best meh.
Posted by terry at 8:13 PM No comments: