Until we meet again, Tora 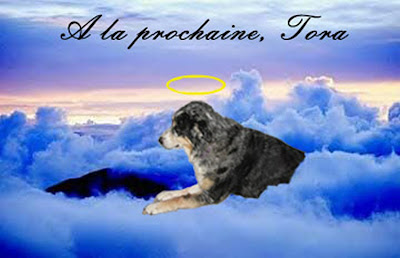 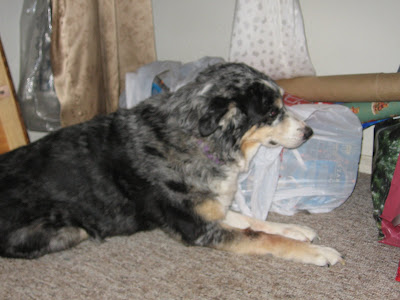 Tora, you were never just a "pet"; you were part of the Infalt family. You suffered abuse from your previous owner who used you as target practice; and you suffered again while battling a crippling neurological disorder.

But tonight you have peace. You stand on the other side of the Rainbow Bridge, waiting for the day when the rest of your family come to see you. Rest in Peace, Tora. We'll try to do a Photoshop project in your honor and memory. 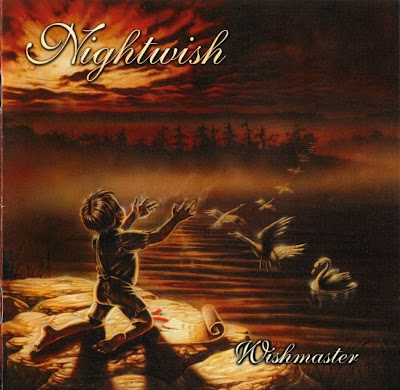 WooHoo!! According to a reliable source (Jason), Nightwish will be here in Tempe on November 7th. They are a "must see" for me. This is as good as Symphonic Metal gets, with the possible exception of Within Temptation.

Hey (cousin) Ellen! If you read this - I'll buy your Nightwish ticket if you come out to Arizona to take in this concert! :-) Heck, I'll offer the same deal to any others of my out-of-towner kin. Phoenix is not nice right now (115°F and no cooling in sight), but it's downright pleasant come November. 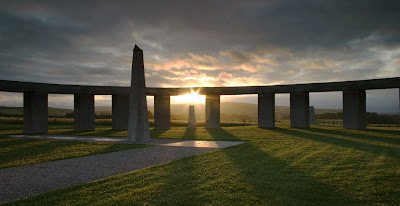 Yeah, it was two days ago, but I've been busy.

Is this a cool picture or what? I'm not sure if it's real or photoshopped. I've always wondered why nobody ever built a full-sized replica of Stonehenge, including its astronomical accuracy. Maybe someone did. If so, I'd love to know where it is.

One of my multiple personalities is a Druid, so henges and solstices are important to me ...us ...whatever.
Posted by terry at 12:02 PM No comments: 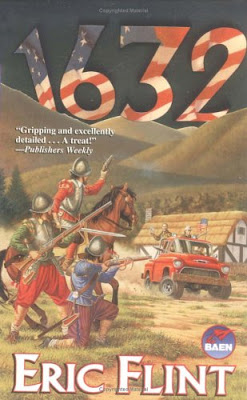 Title : 1632
Author : Eric Flint
Genre : Alternate History
Rating : B+
You'll find 1632 in the Sci Fi section of your local bookstore. But there's no science fiction, other than a brief opening reference to "the Assiti shards". Which in reality is just a literary device to transpose a West Virginia town from 2000 into 17th Century Germany and the 30 Years War. Can 20th Century technology and hillbilly determination change European history, presumably for the better? That's what the book explores.

What's To Like...
Well, it's obvious that Eric Flint thoroughly researched this era. And it's nice that the West Virginians get dropped into a place-&-time that most of us are unfamiliar with. Much better and more original than plopping them into, say, Pearl Harbor 1941, or Custer's Last Stand.

Also, distracting stuff like Romance and Social Drama are kept to a bare minimum. Hey, we're reading this for the historical musing; not some sappy love story.

Finally, Flint doesn't fall into the trap of penning a right-wing action diatribe. For instance, there are inter-racial, inter-religious, and inter-dimensional marriages for the reader to come to grips with. Plus issues like "English-only" and Women's Lib. No soapbox oratory on such subjects; they're just presented; you get to see how the 1633 Germans react to them, and you can then form (or reflect upon) your own opinions.

What's Not To Like...
Not much. I guess my main quibble is how the main protagonist - Mike Stearns - is portrayed. This is Mr. Perfect. He's handsome, charismatic, and a born organizer and leader. He grasps 17th Century European politics and warfare instantly, like they are Sesame Street concepts. Not bad for a hillbilly.

The Europeans come off as little more than Neanderthals. They get slaughtered in battles due to being out-gunned and out-technologied. And instead of trying to steal the West Virginians' incredible toys, they just charge again, and get chopped to ribbons again.

Then there's the incredible talents and achievements by the rest of the West Virginians. By fortuitous chance, there's a refinery in their town. Okay, I'll allow that for the sake of the plot. But the operators are the most innovative of fellows - they know how to build a new refinery, from scratch, and via 300-year-old materials of construction. Methinks if you really wanted to accomplish this, it would have been prudent to also time-warp the Engineering Department from West Virginia University.

Ditto for a West Virginian pilot. Not only can he fly a plane, but if you give him a couple trees and some duct tape, he can build a second plane, albeit, of WW1 design.

Then there's the Olympics medal-winning female sharpshooter that also by good fortune gets time-warped, and who enables the out-manned Americans to constantly take out all the bad-guy leaders.

Finally, there's the Women's Libber & Pacifist - Melissa Mailey, who finds true love and cosmic happiness in 1632 Germany, but only after she's thrown off those too-modern attitudes. I can accept that 20th Century issues might be irrelevant in 17th Century Germany. But it's quite a stretch to think that abandoning one's lifelong ideals will somehow suddenly bring you inner peace.

In conclusion...
Wikipedia gives some fascinating background on both Eric Flint and this series. To save us both some time and space, go there and read about it.

There is a sequel in papaerback, unsurprisingly titled "1633". A review on it will follow shortly. There are several offshoot storylines, the majority of which were written by amateur fans of 1632, and with the active encouragement of Eric Flint. A threequel ("1634" of course) is in the works, as are several other Assiti shard time-warps, one of which reportedly involves sending George Washington back to ancient Rome.

Overall, this is a fine book. 592 pages of history, alternate history, action, social commentary, and "what-if's". Definitely worth reading. 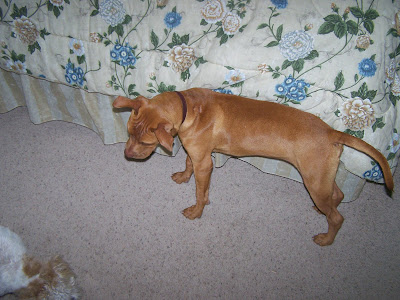 Just when it appeared we'd be forced to take him to a shelter, Liz found a young couple to take Red in. I am told he will have a big backyard to run in, and Liz gave the couple a "Care Package" of squeaky toys, stuffed animals, big chewies, and a leash.

Red was less-than-thrilled to be changing owners yet again, but our three dogs are happy to have things get back to normal. The couple are patients where Liz works, and they own and operate a nearby Mexican Food take-out place. So we might get updates on Red.

Vaya con Dios, Red. You are a sweet, gentle, lovable dog who only wants to do good. You deserve lots of love, attention, and stability. Alas, our house just wasn't the permanent answer.
Posted by terry at 3:19 PM No comments:

"We hope this report encourages responsible nations across the globe to stand together, to speak with one voice and to say that freedom and security are non-negotiable demands of human dignity, and to say... "No one is fit to be a master and no one deserves to be a slave".
- Condi Rice, 06/12/07, re the 2007 Human Trafficking report - 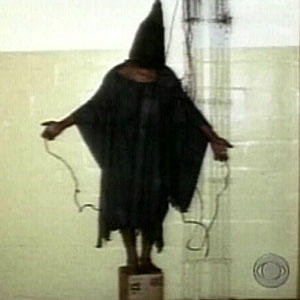 Hey Condi, you stinking hypocrite! Remember this?
Posted by terry at 7:41 PM No comments: 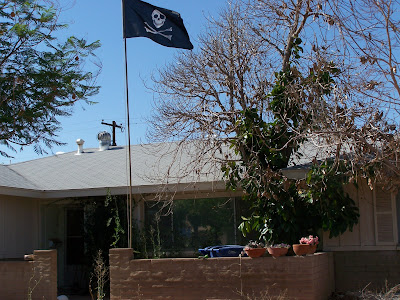 The pirate haven in Tempe is no more. Jason and his roommates have gone their various ways. The skull-&-crossbones has flown in their front yard for a couple of years now. I'm not sure who got possession of the flag. 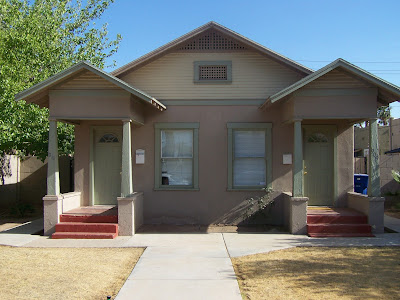 Jason and Preacher now live in the left half of this duplex in Phoenix. Preacher "rearranged" the blinds on the front window so he could look out and see Jason when he's getting home from work. 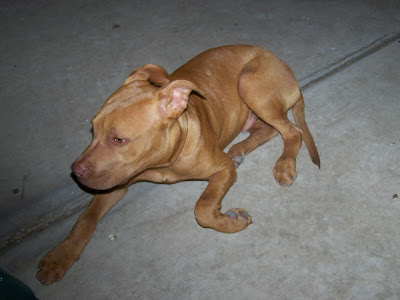 Liz has brought home yet another stray. He wandered up to us while we were walking the dogs on Thursday night. He's skinny, but has a collar on. Ideally, we'd like to reunite him with his family. Failing in that, it's "Free To A Good Home". 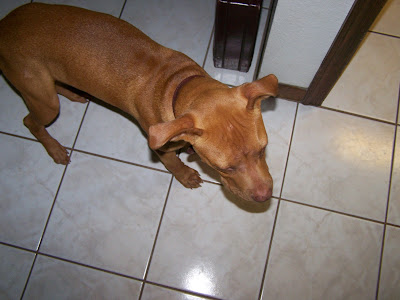 He's just a puppy. He's got a pit-bull head. But the body is smaller - maybe a greyhound? I gave him a temporary name of "Red". He's gentle, good with children, and (like Marius) never barks. 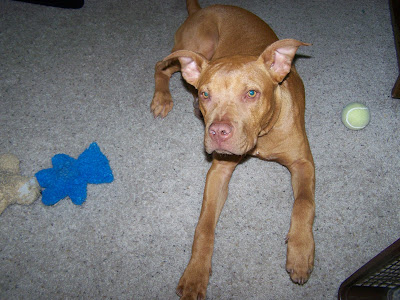 Oh yeah, he's got "bat-wing" ears. He's "semi" housebroken. It took him less than 1 day to figure out the doggy door. Whoever owns him, taught him not to jump up on people or get on the furniture. 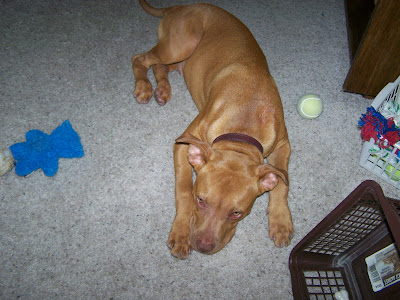 Jynx is teaching him to chase the ball and play with stuffed toys. But hopefully he'll have another owner by the end of the weekend. 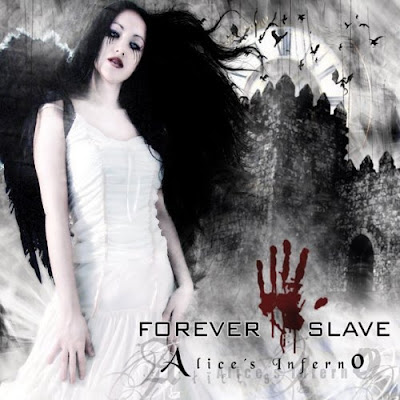 FOREVER SLAVE - ALICE'S INFERNO (2005)
RATING : ***** (out of 10*)
A good Gothic Metal band out of Spain that no one's ever heard of. With "Lady Angellyca" doing the vocals and "Servalath" on guitar. The symphonic arrangements (think Nightwish and Within Temptation) are quite good and the guitar licks are superb. Plus it's a concept album.

So why only five stars? Well, the lyrics are half in English, half in Spanish. Which doesn't matter much, since Ms. Angellyca sounds like she's got a mouthful of mashed potatoes throughout the album. Honestly, you'll understand more of the male " beast grunting" lyrics (which irritatingly goes on through the whole album) than the female "beauty vocals".

And while Servalath occasionally cuts loose with some magnificent guitar-work, it just doesn't happen often enough. For the most part, this is just your standard metal thrash stuff.

Overall then. the positives are equal to the negatives. So go to www.lyricsmania.com , copy down the lyrics, then sit back and enjoy this CD.
Posted by terry at 6:03 PM No comments: