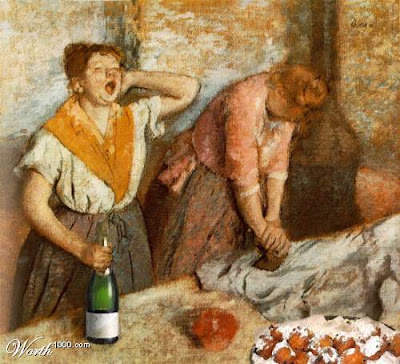 Here's hoping you stay(ed) up until midnight to greet 2012.  Two of our three dogs will be totally freaking out when the firecrackers start to go off.  My choices are to go to bed around 10:00, knowing I will be awakened by crazed canines in 2 hours or to stay up reading a book, with the lights on and the stereo turned up, in hopes that the dogz won't see and hear to brouhaha.
Posted by terry at 4:09 PM No comments: 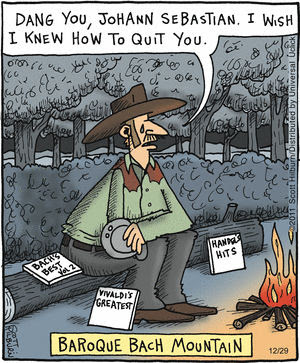 Indeed.  When have you ever seen Vivaldi worked into a cartoon?
Posted by terry at 11:40 AM No comments: 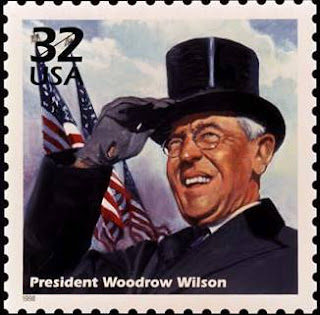 ﻿
"A conservative is a man who just sits and thinks, mostly sits."
(Woodrow Wilson, 28th President of the United States, born 155 years ago today)
Posted by terry at 6:08 PM No comments: 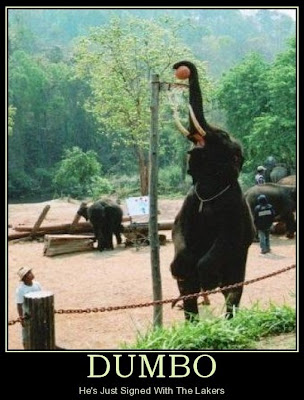 Methinks we need to pick up this powerful pachyderm and get him into the starting line-up ASAP.  Don't worry about the Salary Cap; he'll play for peanuts.
Posted by terry at 9:08 PM No comments: 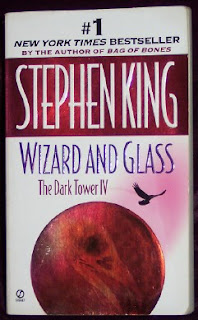 True love, like any other strong and addicting drug, is boring - once the tale of encounter and discovery is told, kisses quickly grow stale and caresses tiresome ... except, of course, to those who share the kisses, who give and take the caresses while every sound and color seems to deepen and brighten around them.  As with any other strong drug, true first love is really only interesting to those who have become its prisoners.

And, as is true of any strong and addicting drug, true first love in dangerous.


(from Wizard and Glass, by Stephen King) 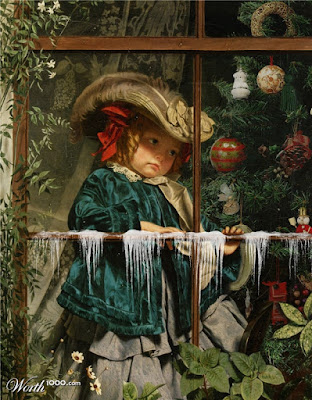 Merry Christmas to one and all!  May you find Peace in your life; Peace in the world; and a red Lamborghini underneath the tree tomorrow morning.
Posted by terry at 3:14 PM 2 comments: 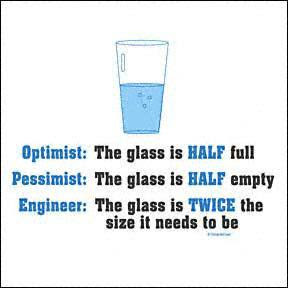 I work with lots of Chemical Engineeers.  I can say without any doubt that this is an accurate rendering of how any of them would view a half-filled glass.
Posted by terry at 7:24 PM No comments:

Okay, I know I'm over-thinking this one, but...

... what exactly broke in that crate that flattened Beetle, thus spilling liquid?  The General has the bottle of wine in his hand, and comments that he hopes his wine-glasses aren't broke.  Makes (comic strip) sense, but then there shouldn't be any booze in that package.  We'll assume it isn't Beetle's blood.

Sloppy cartooning, if you ask me.
Posted by terry at 7:36 PM No comments: 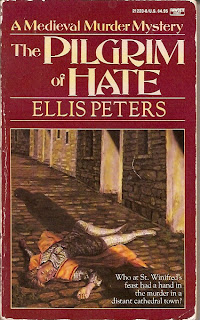 "I knew," said Olivier, "she was not wise - the Empress Maud.  I knew she coud not forget grudges, no matter how sorely she needed to close her eyes to them.  I have seen her strip a man's dignity from him when he came submissive, offering support...

"Better at making enemies than friends.


(from The Pilgrim of Hate, by Ellis Peters)

The full review is here.
Posted by terry at 3:54 PM No comments: 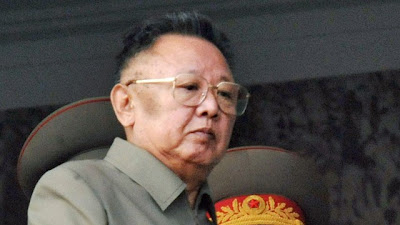 Kim Jong-Il
b.  :  16 February 1941
d.  :  17 December 2011
Well, I've seen a lot of hate-posts about you, Kim, and I have to say you certainly deserve it.  You were obviously a paranoid-schizo from the get-go, and I suspect people outside North Korea don't know the half of the hell you put your country through during your reign.  Nevertheless, I'll do my best to write something positive about you.  It's a thankless job, but somebody has to do it.

Well, you're the only leader I know of that basically flipped the bird to both the USA and China, and lived to laugh about it.  You made it into Dubnutz's "Axis of Evil", and yet outlasted the chimperor.  You scared the bejeezus out of Japan with your talk of developing nuclear weapons and occasional kidnapping of Japanese citizens for work in your concentration camps.  South Korea lives in dread of you invading them (again), which gives the US an excuse to station massive numbers of troops there.

The TV showed all sorts of your loyal subjects weeping and wailing and gnashing their teeth, but we know of course that it was all staged.  But hey, if I were living there, I'd put on a show of grief too.  It beats being shot to death as a subversive.

I see you named your youngest son the next ruler, and the few opening opinions of him aren't very nice.  Basically, they're saying he's a chip off the old block.  I would have preferred one of your other sons - the one that was into Heavy Metal.  But hey, I'm just looking for common ground.

So Rest In Peace, Kim Jong-Il.  Everyone else thinks you were a dsmented bastard, and they're probably right.  But I keep having this nagging thought that you were just a crafty old devil, and even now you're laughing in your grave about how foolish you made all the political powers of the world look.
Posted by terry at 6:13 PM No comments:

The Saturday before Xmas Eve 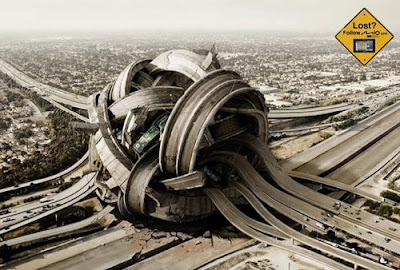 I knew better than to go out on the streets today - the last Saturday before the Christmas weekend.  But the book and record stores were calling to me like a pair of sirens. and I was looking for certain LP's to give as Xmas gifts.

I think every automobile in the Phoenix valley was on the road today.  Intersections - all of them - were insanely overloaded.  Ditto for parking lots.

Fortunately, none of those Xmas shoppers were going to the used-record store.  So that turned out to be a peaceful little haven for an hour or so.  I didn't find the records I was looking for (NIN, Radiohead, Tori Amos), but I frankly wasn't expecting to.  I did find a couple Vangelis albums, plus an old, obscure one by Jorma Kaukonen.  And got three light-classical LP's for free (Mahler, Bach's Greatest Hits, Artur Rubinstein).

Unfortunately, lots of shoppers were hitting the used-book store.  The store itself was staffed sufficiently to handle the deluge.  The parking lot was not.

Still, I'm off all next week, and will finish my shopping then.  All I need are stocking-stuffers for both Jason and Liz, and some "surprise" presents for Liz.  If I put my mind to it, I can have everything done by the end of Tuesday.  That way I don't have to venture out next Saturday, which will probably make today's traffic look like a picnic.
Posted by terry at 9:05 PM No comments: 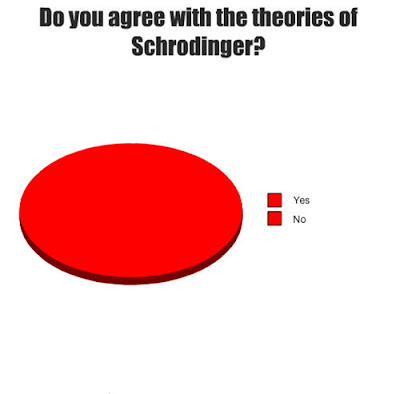 I'm uncertain as to whether I agree with Heisenberg's principle.
Posted by terry at 5:32 PM No comments: 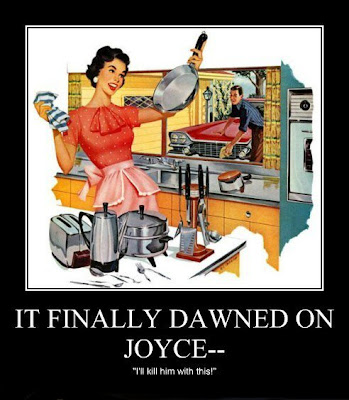 Good choice, Joyce.
Posted by terry at 7:34 PM No comments: 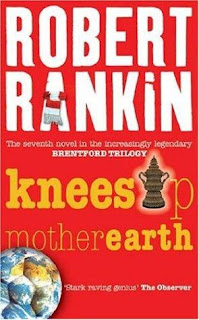 "Have you worked in a bar before?" he enquired, clinging to his dignity as a drowning man will cling to the matchstick of proverb.

Loz shook her beautful head.  "Not behind one," she said, "but we've danced in lots.  We're pole-dancers."

And both laughed coquettishly.

Neville clutched at his heart.


(from Knees Up Mother Earth, by Robert Rankin)

The full review is here.
Posted by terry at 6:47 PM No comments: 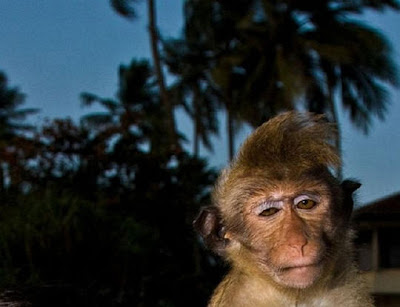 Yowzah!  I'm on vacation until the Tuesday after Christmas.  In fact, I only work three more days this year - the Tuesday - Wednesday - Thursday of that week.  I have that Friday off too.  Gotta use my vacation days or lose them.

There is Xmas shopping to do.  That's a two-week ordeal for me, but only cuz I'll find excuses not to start it next week.  Which is really stoopid on my part, since the schools won't be out until the following week.
Posted by terry at 8:10 PM No comments: 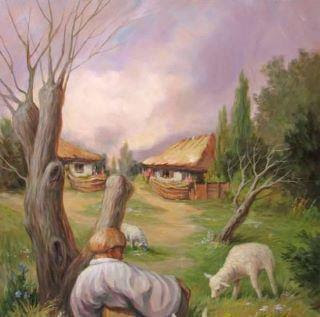 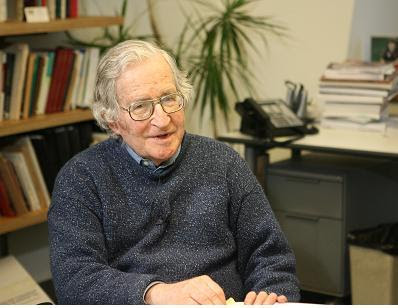 Noam Chomsky is an activist, a linguist, an intellectual, and is 83 years young today.  His quotes (see above for an example) are pithy, witty, and very relevant to the world today.

I became aware of him at an early age - but for a strange reason.  I have always done crossword puzzles, and "Noam" would often show up in a grid, with the definition something like "Writer Chomsky".   I'd usually try "Noah" for the answer, and of course it was slightly wrong.  For many years I wondered WTF this Chomsky dude was, and why he had such a strange first name.

FWIW, "Noam" is actually his middle name.  His real first name is "Avram".
Posted by terry at 7:37 PM No comments: 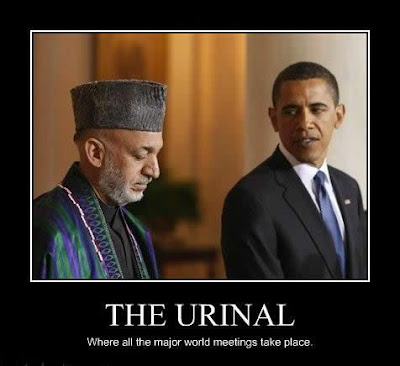 And just remember, Power always starts with a Pee.
Posted by terry at 5:39 PM No comments:

Back in the day, when everybody was debating who the the kewlest - The Beatles or The Stones, my personal opinion was that it was The Doors.
Posted by terry at 5:40 PM No comments: 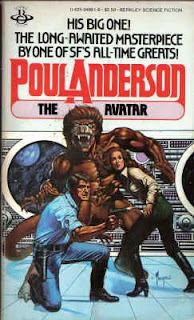 "A patterned signal, to show them we wish to communicate.  Why start with mathematics?  They know full well that we know the value of pi.  But if we can recognize their music for what it is, and enjoy the same, faith, they can ours."  Caitlin reached down to the webbing on the side of her chair.  "Well that I thought to bring my sonador."

She inserted a program and touched the keyboard.  Eine Kleine Nachtmusik tumbled forth.  "They offered us mirth," she explained.  "Let us offer it back."

(from The Avatar, by Poul Anderson)


The complete review is here.
Posted by terry at 4:23 PM No comments:

The Christmas lights are up! 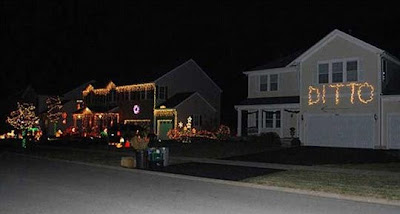 I'll let you guess which house is mine.
Posted by terry at 3:16 PM No comments:

Sadly, I have gone to church with parents that have this mentality.
Posted by terry at 8:51 PM No comments: