My company holds the usual Halloween corporate fanfare - a potluck lunch, and various contests with token prizes - pumpkin carving, decorate your office/cubicle, dress up in a costume.

I rarely take part in the frivolity, except for the eats, of course.  And for that matter, participation as a whole within the Tech Services Department is always dismal.  We're geeks, not freaks.

But I like the idea of a Franz Kafka cockroach costume.  Not sure where I'd find one, but if I did, I think I'd wear it next year, just to see how many of my co-workers are Literary Literates.
Posted by terry at 5:18 PM No comments: 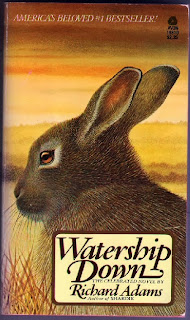 “I am afraid I have to tell you, El-ahrairah, that I have strict orders from Lord Frith himself not to allow you to share a hole with Rabscuttle.”


“Not share a hole with Rabscuttle?” said El-ahrairah.  “Why ever not?”


“El-ahrairah,” said Prince Rainbow, “we know you and your tricks: and Rabscuttle is nearly as slippery as you are.  Both of you in one hole would be altogether too much of a good thing.  You would be stealing the clouds out of the sky before the moon had changed twice.”

(from Watership Down by Richard Adams) 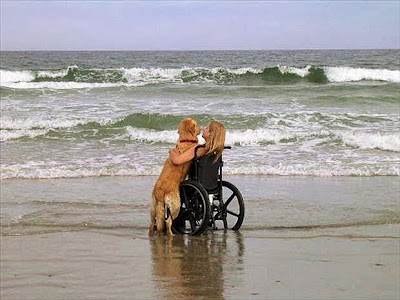 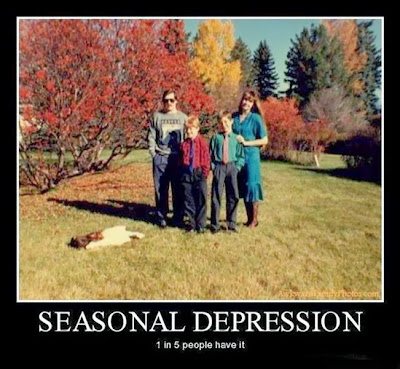 Well I'm with the 80%, at least when it comes to fall and winter.  Living in Phoenix will do that to ya.  Yesterday our high was 89°F,  Today it's 81°F.  Tomorrow, the high will be 73°F.  I felt so good about this today that I mowed the front and back yards this afternoon, even though neither really needed it.
Posted by terry at 6:14 PM No comments: 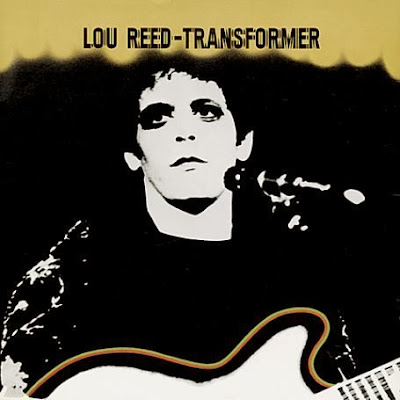 Rocker Lou Reed passed away today, at the all-too-young age of 71.  He had a liver transplant earlier this year, and apparently he died of liver failure.

My first musical acquaintance with him was the Velvet Underground albums The Velvet Underground and Nico, and White Heat/White Light.  Frankly, I liked a couple tracks off of both albums, but overall thought VU was too much noise, not enough music.  I could not have told you the names of any of the band members. 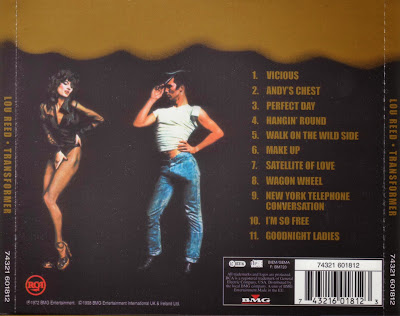 A few years later, while driving to or from work, KDKB played a song called Walk On The Wild Side, and I was smitten by it.  I simply had to buy the album.  The DJ said it was a new release by what-sounded-like some group called "Blue Reed".

So off to the record store I went.  I looked in the "B's", but couldn't find anything by Blue Reed.  But if KDKB was playing it, the store would have it.  So I went up to the kid at the cash register.

And damned if the album didn't have the song I wanted.

RIP, Lou Reed.  Singer, songwriter, guitarist, and trailblazer for punk rock.  Mainstream radio never appreciated you, and perhaps that's just as well.  Your appeal was to those who like their music raw, biting, uncompromising, and seedy.  You will be missed.
Posted by terry at 9:13 PM No comments: 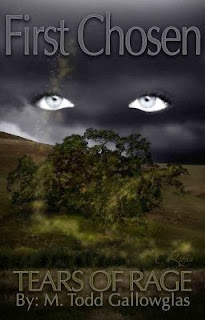 Julianna stared down the blade of her rapier at Baron Khellan Dubhan.  The arrogant young lord had stolen a kiss without as much as a by-your-leave, never mind that she’d been secretly wanting that kiss for some time.  She concentrated on keeping her left hand from touching her mouth, the small bit of wine made this more difficult than she had expected.  His lips had been soft, strong, and inviting, and despite the way his smile made her forget to breathe, he would pay for his presumptuousness.

in defense of Booze 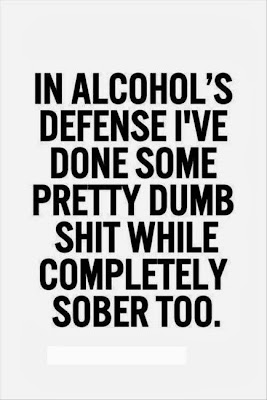 True dat.  Indeed, my stupidest moments in life have rarely involved alcohol.
Posted by terry at 9:09 PM No comments: 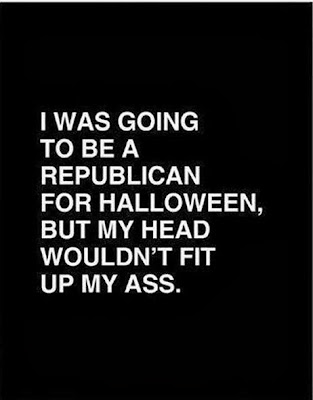 Something quick tonight, as we're heading out shortly to go see Vince Gill in concert.  More about that this weekend.
Posted by terry at 5:36 PM No comments: 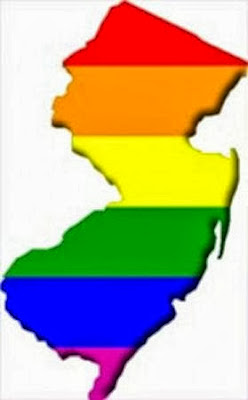 Another win for humanity.  Another loss for bigotry.  Do you think the hatemongers know they've lost this fight?
Posted by terry at 9:14 PM No comments: 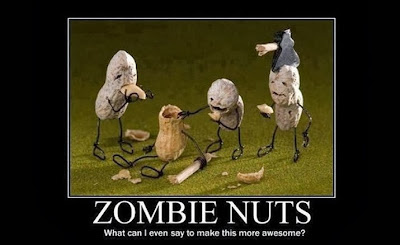 There is nothing scarier - nor funnier - than Zombie Peanuts.
Posted by terry at 8:44 PM No comments:

One Last Act of Defiance 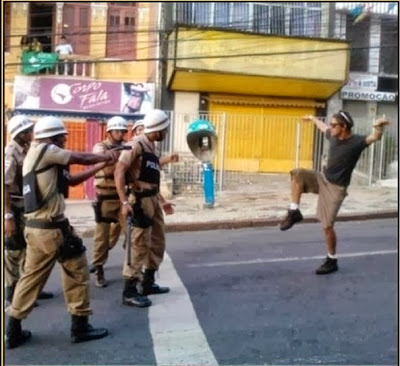 I don't know who this guy is, but I admire his pluck, even if it is in the face of impending doom.  I'd invite him to our New Year's Eve party, except he's probably either dead or in Intensive Care.
Posted by terry at 7:54 PM No comments:

Labels: the crane, The Karate Kid 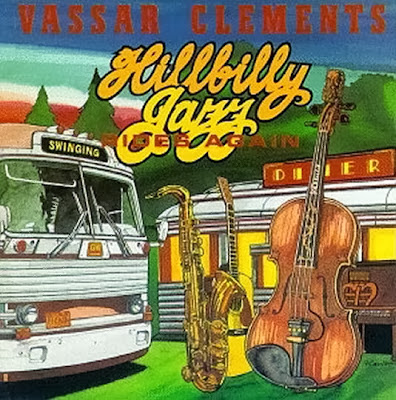 Hillbilly Jazz Rides Again was the second (of three) Vassar Clements albums that fused the Bluegrass ("New Grass" actually) genre with the old-time Swing sound.  There's a Benny Goodman song (Airmail Special), as well as a Duke Ellington one (Caravan).  The album came out in 1986.  I picked it up somewhere for $6.99.

The album cover is in fantastic shape - no signs of wear; but a cut-out corner at the top.  The record had no skips, and the scratches were few enough to where I removed them manually.  I don't know that I'd call it Jazz, but then again, trying to categorize any Vassar Clements music is always a challenge; he simply defies being confined to a single genre.

If you wiki Vassar Clements, you'll see he has put out of sh*tload of LP's, but you rarely find them in used-record stores.  This is the 6th one I've come across, and as with any of his albums, the musicianship is superb.

I first became acquainted with Clements on the Nitty Gritty Dirt Band triple-LP album, Will The Circle Be Unbroken.  One of these days I'll have to convert that one as well.

Of the 12 tracks listed above, I'll probably take Airmail Special and Be A Little Discreet and make YouTube videos from them, most likely within the next couple months.  I've already collected the images for the slideshow, so it's just a matter of putting it together.

To close, this is a fantastic Vassar Clements album, but all of his LP's hit me that way.  If you run across it, pick it up and give it a spin.
Posted by terry at 7:44 PM No comments: 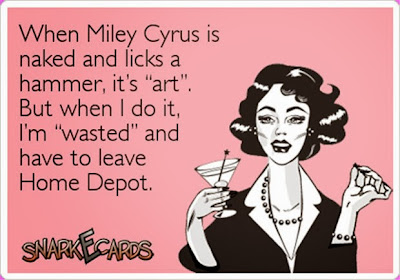 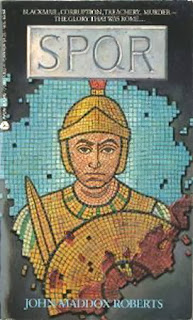 Cicero’s famous prosecution of Verres had brought out a telling point.  In the course of the trial, a former colleague of Verres had quoted him on his philosophy of administration when he was in the process of looting Sicily.  He had said that the profits of his first year he would keep to enrich himself, the second would go to enrich his friends and the third would be for his jury.  It was a sign of the times that most people took tis as excellent wit rather than a shocking comment on the quality of Roman provincial administration.

(from SPQR by John Maddox Roberts) 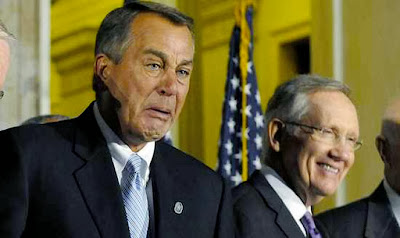 Yep, this photo tells you all you need to know about who the Winners and who the Losers were.  Of course, Weepy does ...well... weep a lot anyway.
Posted by terry at 6:34 PM No comments: 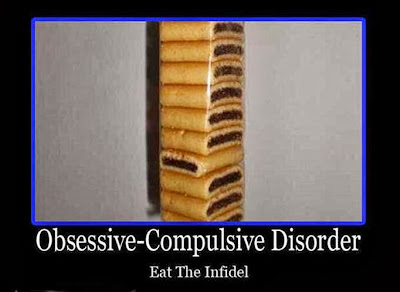 Yes, I'm OCD.  Yes, the "infidel" would be the first fig newton I'd eat.  The Harmony in the Universe always has to be restored as quickly as possible.
Posted by terry at 8:16 PM No comments: 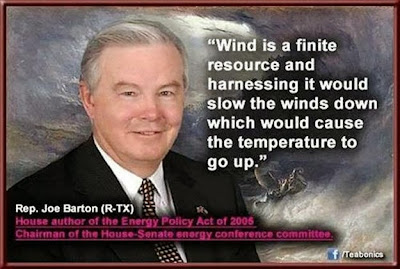 I swear the GOP-heads have contests to see who can say the stupidest thing.
Posted by terry at 7:32 PM No comments: 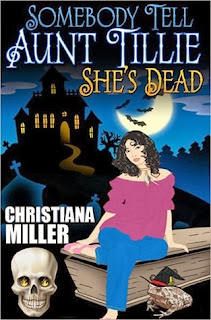 Some people may think it’s silly, but the whole ritual of birthday wishes has always seemed to me to be a simplified form of spellcrafting.  You send your wish to the Gods, by using your breath to blow the flames, (and your wish), from the manifest world to the unmanifest world.  Hoping that your wish will be granted and return to you in manifest form.

(from Somebody Tell Aunt Tillie She’s Dead,  by Christiana Miller) 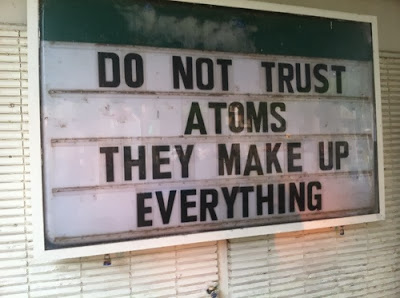 The Zen of Barking 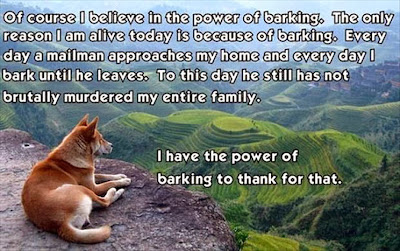 Ah, the beauty of subtle, well-crafted sarcasm.
Posted by terry at 8:37 PM No comments:

Word for the Day : Ouroboros Serpent 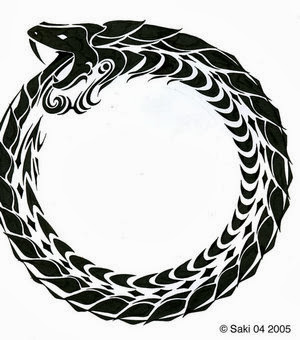 Well, it's a phrase, actually.  Ouroboros Serpent means :  (the symbol of) a snake eating its tail.  I know the English language is "wordy", but who knew there was a specific term for this?!
Posted by terry at 7:01 PM No comments:

Labels: Word for the Day 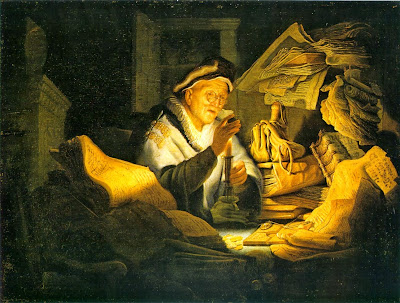 This is Rembrandt's Parable of the Rich Fool, a painting that made a lasting impression on me 50 years ago.  Of course it's true that any painting by Rembrandt is frickin' fantastic.  But to me, this one's in a class by itself.

First of all, it's a portrait; and a fine one at that.  There is depth to the man's face, and you'd recognize him if he passed you on the street.

Then there's the background - his amassed riches.  Everything, including individual pages, in splendid detail.

But it's the candlelight that lifts this painting to its lofty status.  Everything it touches has to be re-shaded (re-lightened, actually) in gradients to maintain the painting's realism.

And what impressed me as a kid is/was the man's right hand.  The book I was looking at  half-century ago blew that small portion of the picture up many times to show the attention Rembrandt gave to it's detail.  Light diffusing through skin.  Renaissance Perfection.
Posted by terry at 6:31 PM No comments: 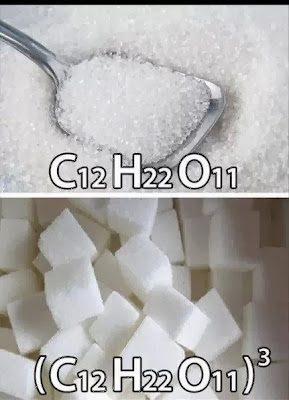 And Punny Tuesday as well.  Sweet!
Posted by terry at 6:50 PM No comments: 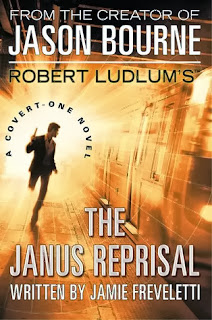 It was appalling that the necessary steps he’d taken ti rid the Pakistani territory that he controlled of undesirable elements should be designated as crimes against humanity.  The individuals he’d ordered killed were not humans, so killing them could not be classified as a criminal act.  He’d cut off limbs of those who dared raised a weapon against him, yes, but didn’t the Bible itself, the West’s favorite book, assert that one should take an eye for an eye?  Yet they called his action barbarism.


(from The Janus Reprisal by Jamie Freveletti)

Indeed, back in the 50's we certainly did expect to have flying cars by now.  Or at least personal jet packs.  I did always cringe at the thought of what mid-air jet-pack crashes would look like, though.
Posted by terry at 8:58 PM No comments:

Labels: Rabbits Against Magic, the future 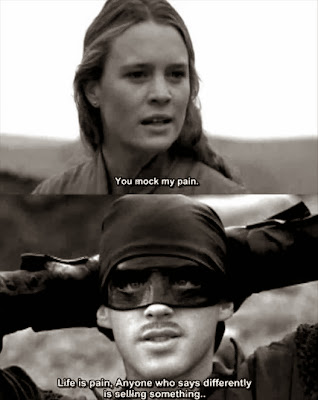 Listen.  Monty Python's Quest for the Holy Grail is indisputably the greatest film of all time.  But The Princess Bride is certainly in the top 5.
Posted by terry at 6:26 PM No comments: 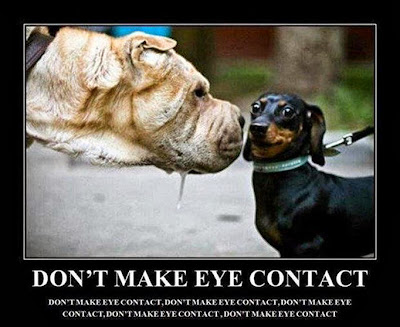 One of my multiple personalities, Rex, is a sheepdog so I know all about this.  And while Rex is sufficiently sized to not have to worry about canine eye-contact most of the time, this Great Dane would be the exception.
Posted by terry at 8:18 PM 2 comments: 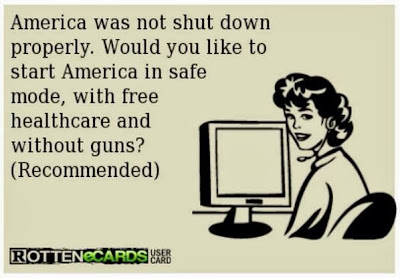 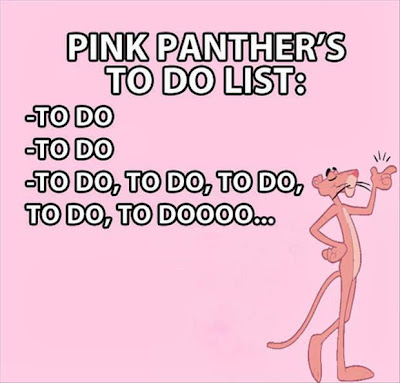 A Message from the GOP 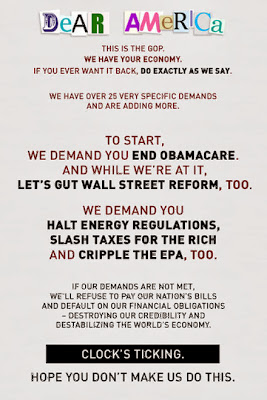 It simply boggles the mind - the incredible lengths to which the Tea Baggers in the House of Representatives will go to further their hatred of all things Obama.

Like it or not, you bunch of dickweeds, Obamacare has been passed, signed by Obama himself, upheld by the rightwing-controlled SCOTUS, and is being implemented as of today.  Get over it.  Shutting down the government doesn't change anything.

You will pay for this next election, of course.  It's not very difficult to see your motives.  And people will remember who caused this clusterf*ck.

Oh, and BTW.  Affordable Health Care - aka "Obamacare" - is the best thing to happen to this country since Obama took office.  I'm kind of happy his name will be forever associated with it.
Posted by terry at 6:07 PM No comments: