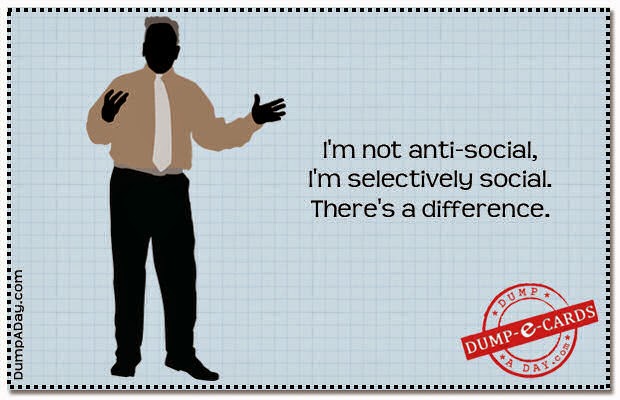 Really now.  You should meet my brother sometime.  He's anti-social.  Compared to him, I'm a frickin' social butterfly.  But compared to everyone else, I'm selectively social.
Posted by terry at 7:20 PM No comments: 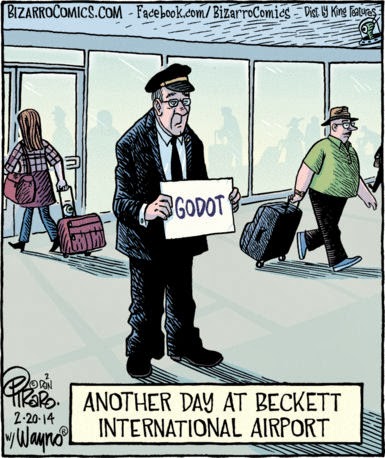 Ah yes,  Waiting for Godot.  Required reading in my freshman English class at Penn State.  Made worse by the fact that it was a Saturday morning class.  Don't ask me why I scheduled it that way.

About 7-8 years ago, I went back an re-read it, this time with a better understanding of existentialism and what to expect.  I found it to be a great play and thoroughly enjoyed it.  My what a difference 40 years make.
Posted by terry at 7:36 PM No comments: 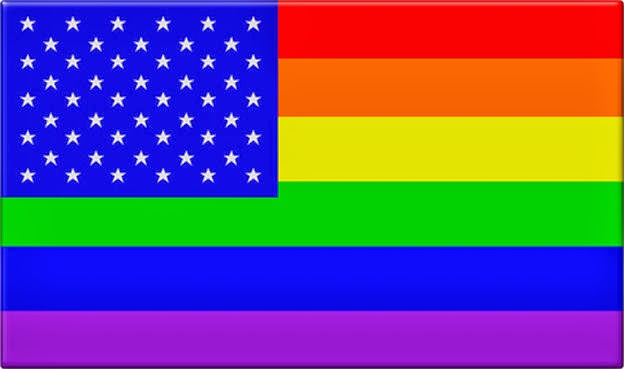 The Evil Sand Queen of Arizonistan, Jan Brewer, blinked this afternoon.  In the face of a tsunami of threats of loss-of-business for the state, she vetoed the blatantly discriminatory bill SB 1062.

Let's be real.  Brewer hasn't had a change of heart' she's just as much of a bigot as she ever was.  But even tea-baggers will blink when threatened with loss of jobs and dollars.  Which translates into a loss of votes.

So thank you, Governor Brewer, for doing the decent thing.  Even though you didn't want to.
Posted by terry at 6:51 PM No comments: 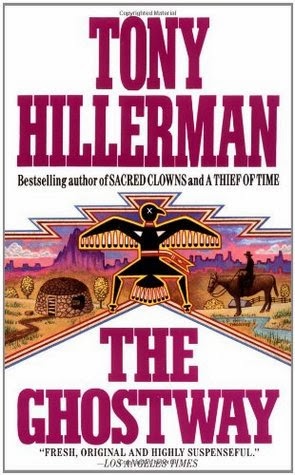 Chee was conscious again that Bales was waiting for him to say something.  This white man’s custom of expecting a listener to do more than listen was contrary to Chee’s courteous Navajo conditioning.  He’d first become aware of it his freshman year at the University of New Mexico.  He’d dated a girl in his sociology class and she’d accused him of not listening to her, and it had taken two or three misunderstandings before he’d finally fathomed that while his people presume that if they’re talking, you are listening, white people require periodic reassurance.  Deputy Bales was requiring such reassurance now, and Chee tried to think of something to say.

(from The Ghostway by Tony Hillerman)

I've read Infinite Jest.  All the way through.  It took me six weeks, but I'm proud of my accomplishment.  And we will post any comic/cartoon that references it.

I had forgotten all about the "Wardine Be Cry" brouhaha.  I don't recall finding it offensive.  Probably I was just plodding through the pages when it came up, and I didn't want anything controversial to slow my progress.
Posted by terry at 7:14 PM No comments: 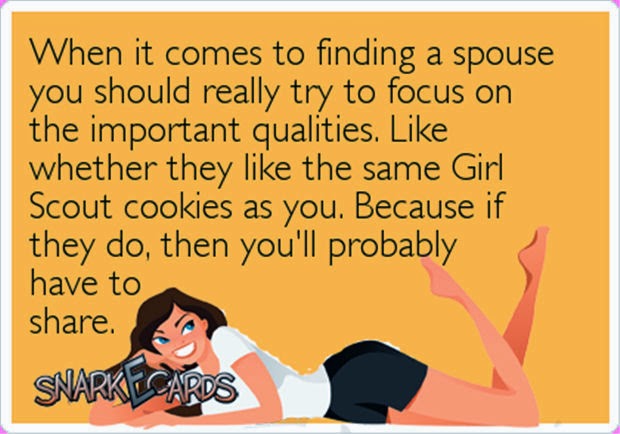 True dat.  Those Tagalongs are mine.  All mine!
Posted by terry at 7:30 PM No comments: 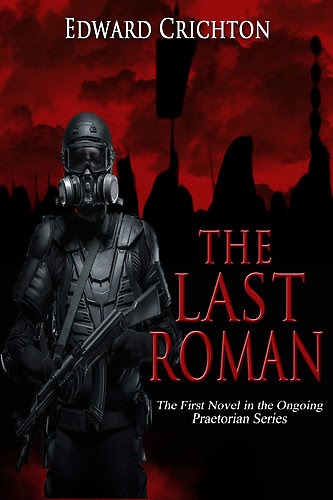 I guessed he was.  For all I knew, he may be a direct ancestor of mine and I couldn’t let him get killed now.  Who knew what kind of paradox I’d create then.  A “great, great, great times one hundred grandfather paradox,” or maybe I’d just wink out of existence.  The universe might implode for all I knew.  Or maybe I’d prove that grandfather paradoxes are nothing but shit science.

(from The Last Roman,  by Edward Crichton) 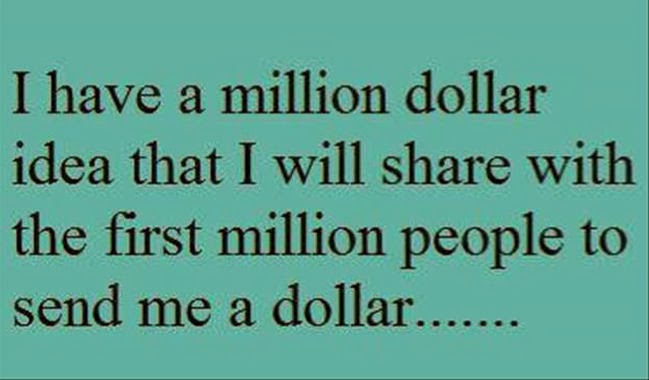 You can send cash or money order.  Pay by Credit Card or use PayPal.  I'm easy to work with on this.
Posted by terry at 8:42 PM No comments:

My Advice About Women 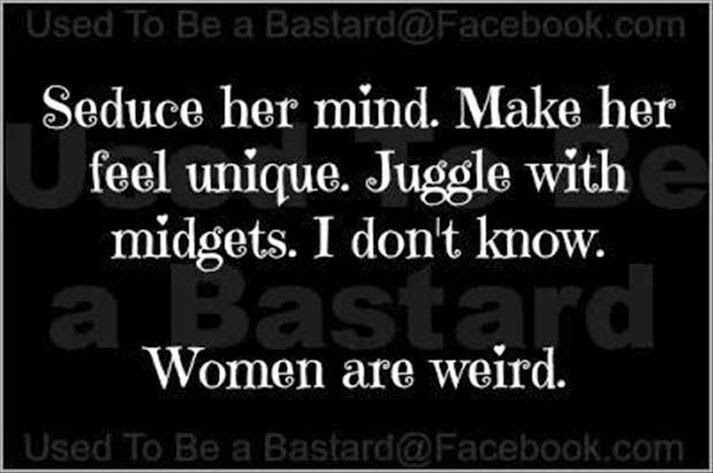 I have lots of advice about women to share.  None of it is worth a sh*t, but that's irrelevant.
Posted by terry at 6:57 PM No comments: 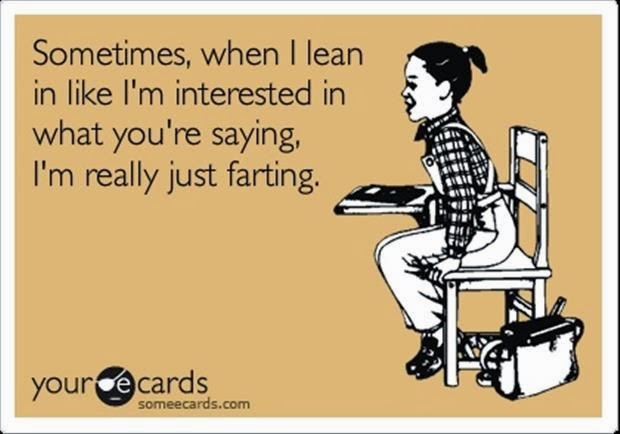 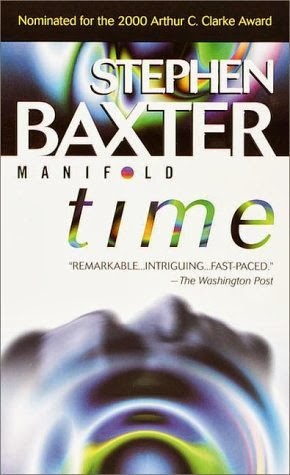 “Michael.  What are you thinking about?”

“Tell me what that means.”

“Tell me how you know that, Michael.”

Because the sky is dark at night.

(from Manifold Time by Stephen Baxter) 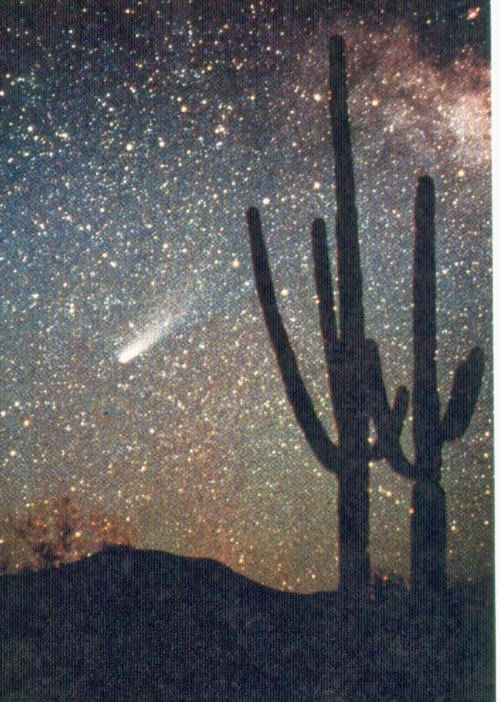 Olber's Paradox  :  Why is the sky dark at night?

If the Universe is infinite, and static, and lasted forever, Earth would be surrounded by an array of stars going off to infinity. The whole sky ought to glow as bright as the surface of the sun.
Posted by terry at 9:42 AM No comments: 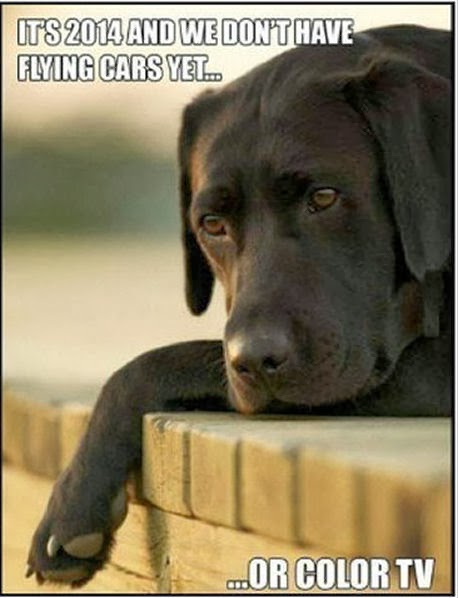 One of my multiple personalities is Rex, a sheepdog in Wyoming.  He doesn't blog much - lack of opposable thumbs and all that.  But he did want me to post that he's still waiting for Flying Cars and Color TV.  I've told him the technology for flying cars is still a long way off.  And I just don't have the heart to tell him about Color TV's.
Posted by terry at 7:08 PM No comments: 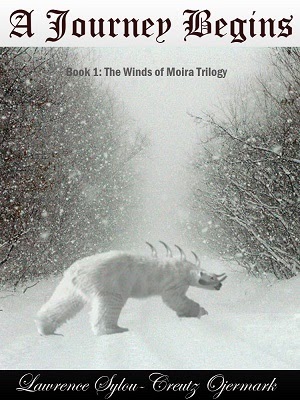 Death punctuates life
Cutting short what is known
The young are taken
The beautiful chosen and
Time stands still
Leaving a moment for thought
A pause to feel, accept, and understand
But why, the question why
Floods all thoughts
Slows acceptance
And kills understanding. 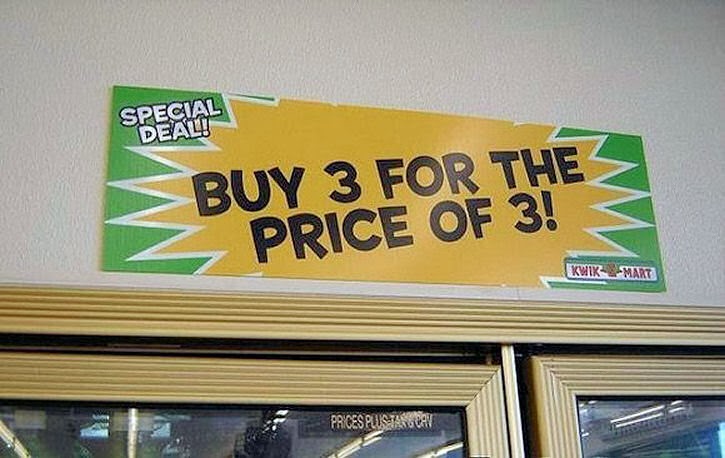 Happy happy, Joy joy!  We get Monday off for Presidents' Day.  This is only the second year that my company has given us this holiday, but it makes for a pleasant break in the long stretch between the Christmas/New Years holidaze and Good Friday.
Posted by terry at 5:38 PM No comments: 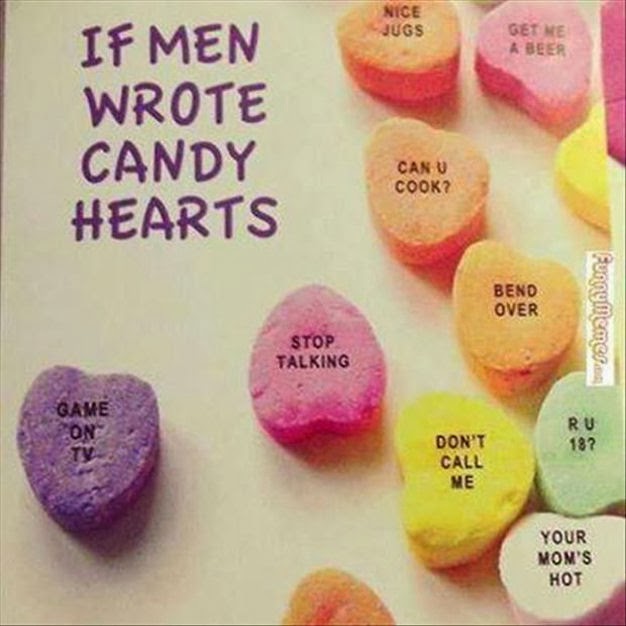 Don't forget to buy something for your sweetie, guys.  Just a card doesn't cut it.  Candy.  Flowers.  A stuffed animal.  A puppy.  A crescent wrench.  A Heavy Metal album.  A six-pack.   Two six-packs.
Posted by terry at 6:40 PM No comments: 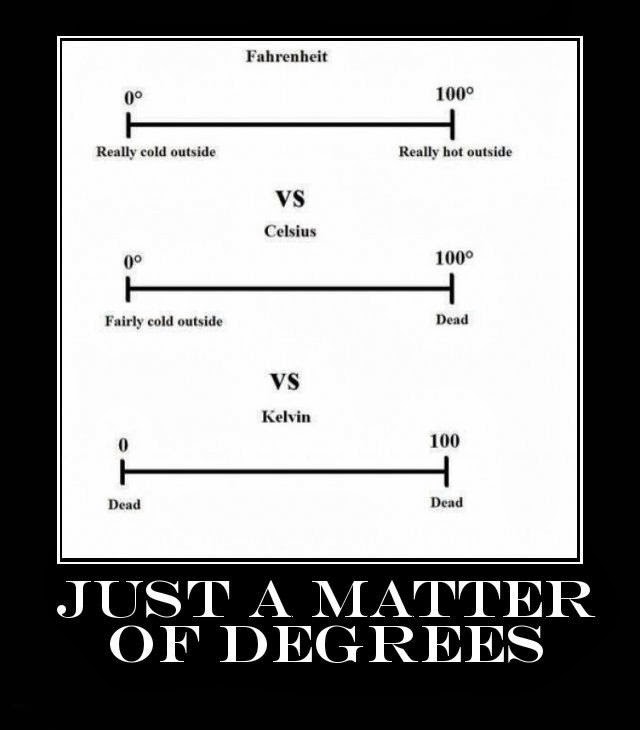 Why I'm Not a Writer

Yes, I like to write; hence the blogs.  Yes, I can write, although I don't by any means hold the delusion that I can write professionally.

No, I don't dream of quitting my day job and writing full-time.  There's something about the phrase "Starving Artist" that just doesn't appeal to me.  And of course, I don't want my mortgage to be my Muse.
Posted by terry at 5:50 PM No comments: 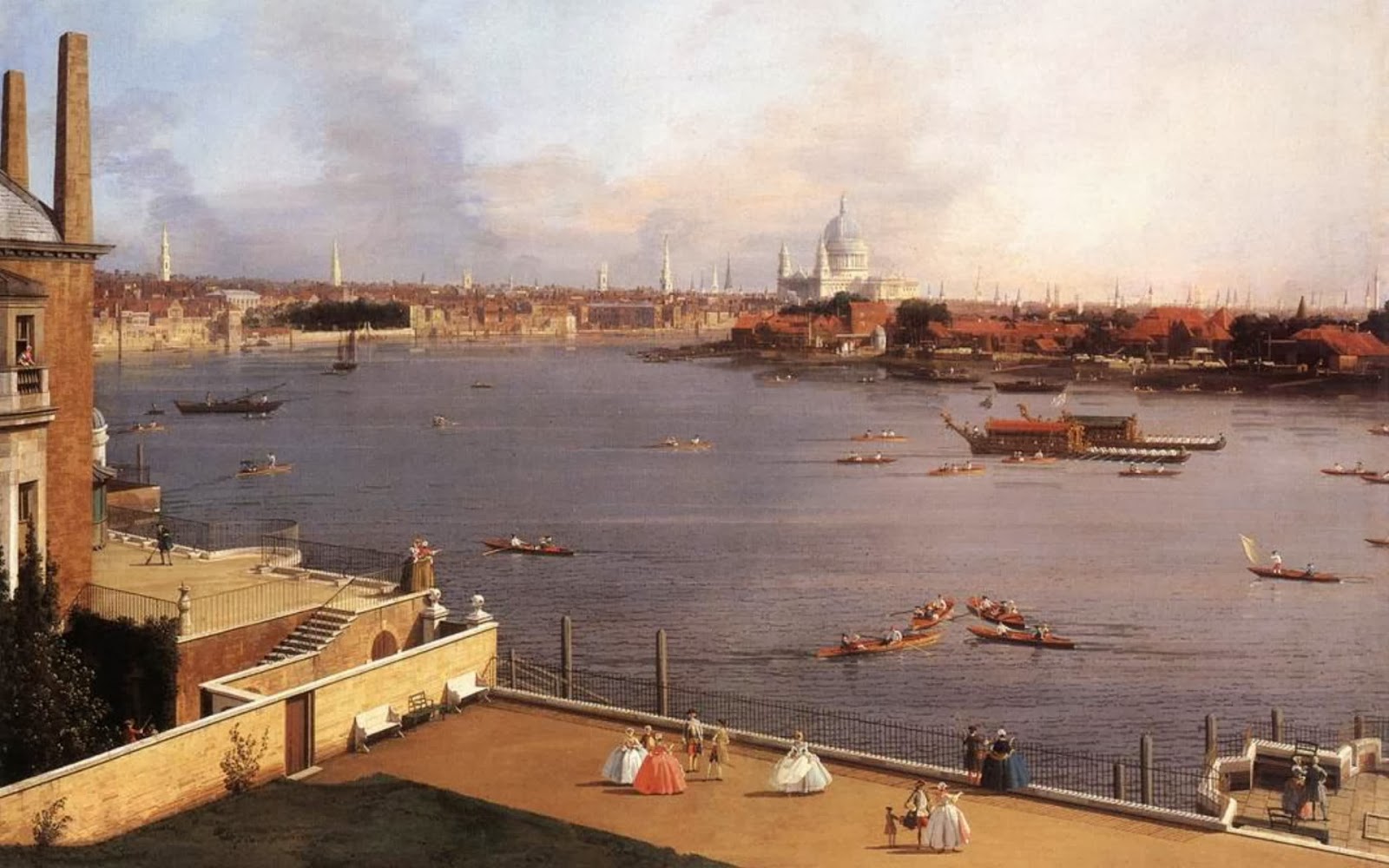 Ever wonder what London looked like way back in the 1740's?  Well, here's an ultra-realistic painting by a dude named Giovanni Antonio Canal.  Since his dad, Bernardo Canal, was also a painter, Giovanni became known as Canaletto, or "Little Canal".

He did a sh*tload of paintings in his life, of places all over Europe.  The one above, apparently simply called "London" was in a booklet that came with a 4-LP Time-Life boxed set of records called "The Baroque Era", which I've just finished digitalizing.

I'll have more to say about the music once I've listened to it a few times.  But for now, I'm simply in awe of Canaletto.  Google-Image his name for a bunch of his paintings, and prepare to amazed.
Posted by terry at 7:46 PM No comments: 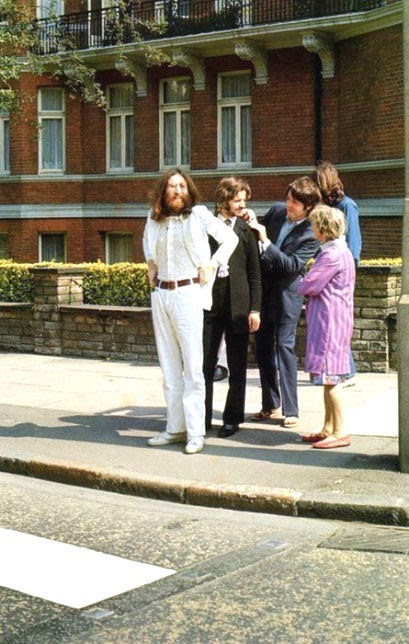 That the Beatles invaded America.  And to celebrate it, there's a huge Beatles Special on TV tonight.  With everybody who is anybody showing up.

I readily admit that the impact the Fab Four had on music is second to none. And 500 years from now, the songwriting team of Lennon-McCartney will be recognized as the greatest of the last half of the 20th century.

But as for their music itself?  I found it to be good, but not great.  Too much "pop" and not enough "rock & roll" for my taste.  And as for the half-century-old question, "Beatles or Stones", my answer has always been "The Doors".
Posted by terry at 7:31 PM No comments: 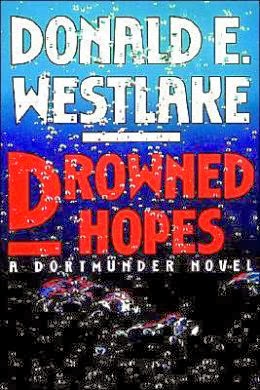 They turned and found themselves facing a bullet head on an ICBM body lumpily stuffed into a black shirt and a brown suit.  It was as though King Kong were making a break for it, hoping to smuggle himself back to his island disguised as a human being.  And, just to make the picture complete, this marvel carried over his shoulder half a cow; half a naked cow, without its fur or head.

Okay. Wine it is then. 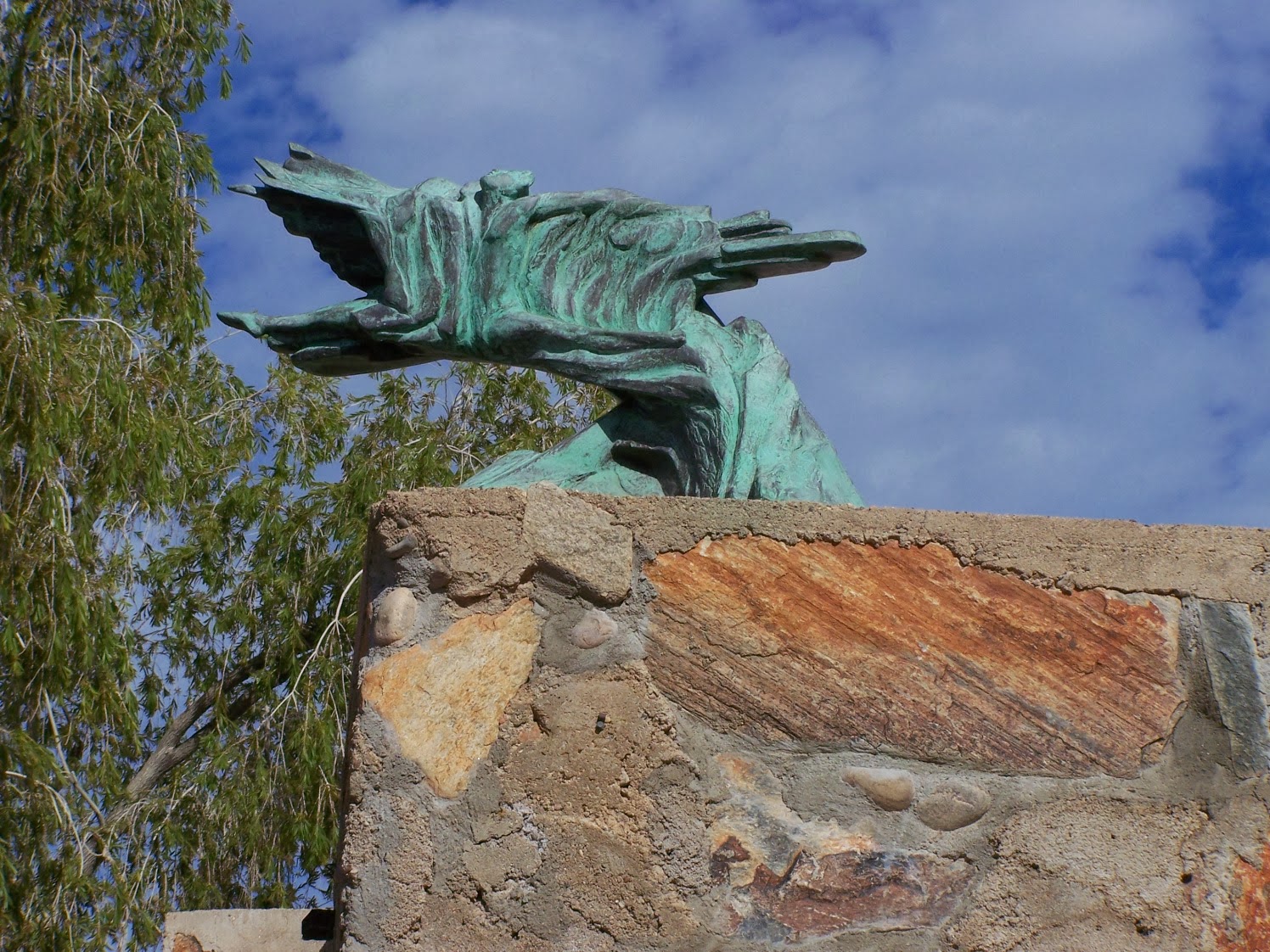 From our recent tour of Taliesin West.  The tour guide says it's a dancer, doing the splits in mid-air.  And that's certainly a foot at the extreme left of the sculpture.

But I keep seeing this as a dragon's head.
Posted by terry at 5:26 PM No comments:

A Pun for Wednesday 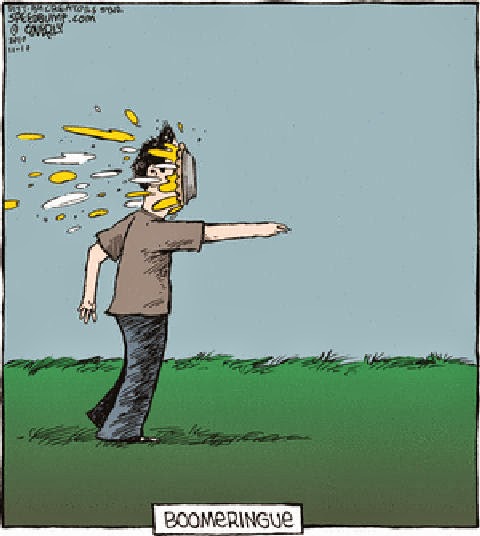 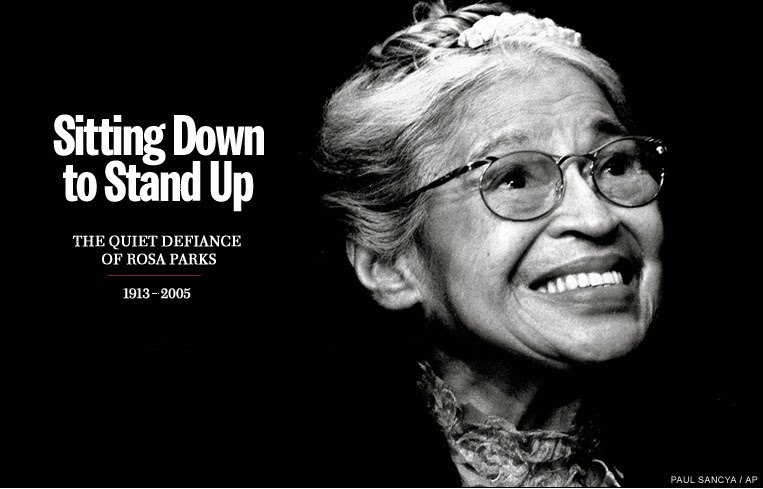 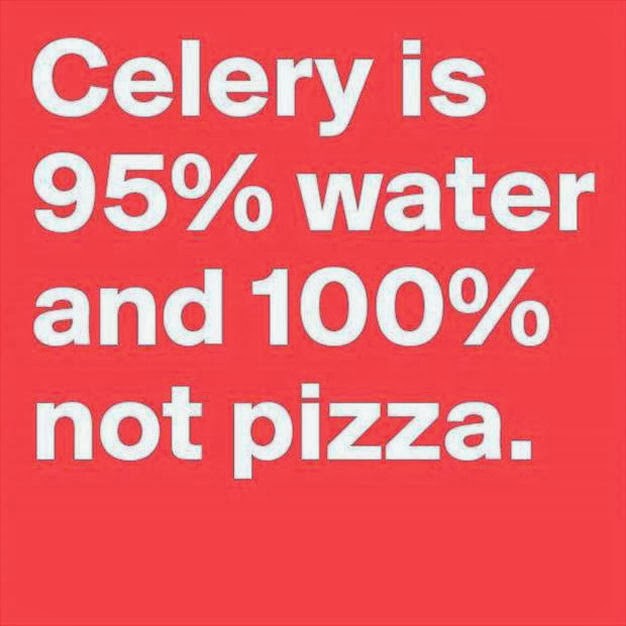 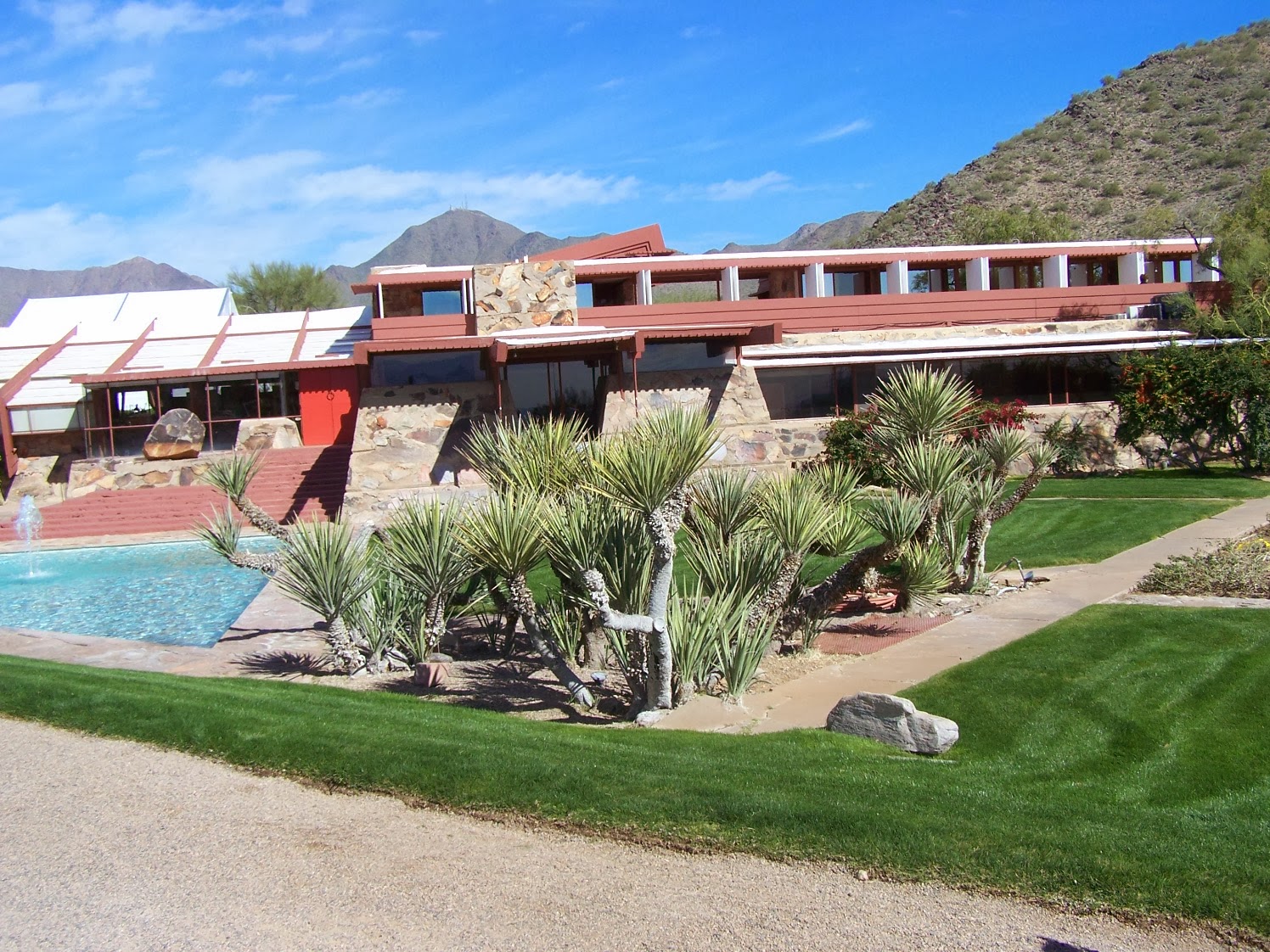 I've lived in the Valley of the Sun for 46 years.  Once upon a very long time ago, I bicycled to Frank Lloyd Wright's Taliesin West from ASU (10+ miles) and back again, but I didn't take the tour back then.

Today we did.  The architecture is amazing, but that's to be expected since FLW designed and built it.  And the human-interest stories that the Tour Guide told us were just an added delight.  I bought a couple t-shirts to memorialize the event.

If you have any interest in Architecture, and are in the Phoenix area, this is a highly recommended tour.
Posted by terry at 5:47 PM No comments: 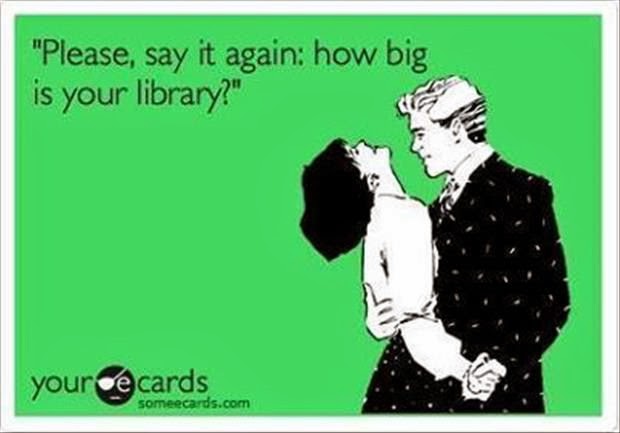