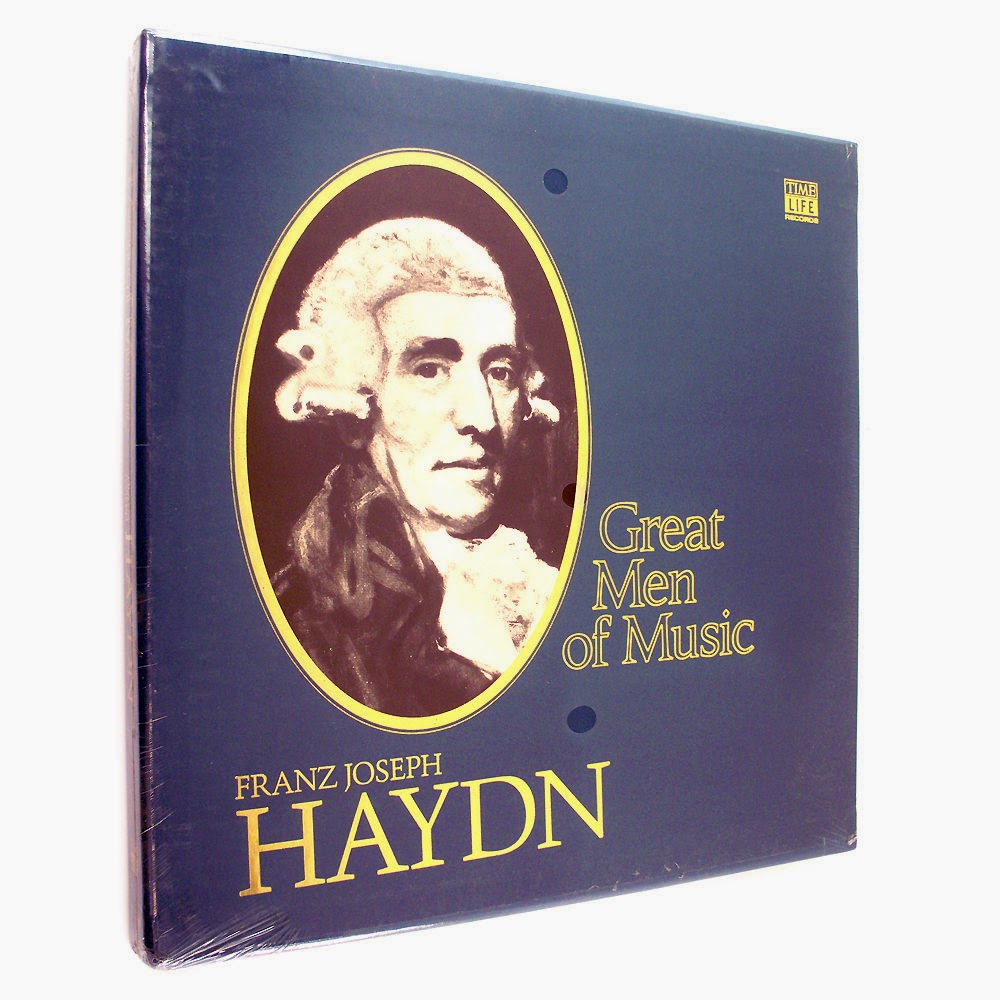 Okay, Beethoven and Tchaikovsky are in a class by themselves when it comes to Classical Music.  But composers like Franz Joseph Haydn and Antonio Vivaldi aren't far behind.  So it was a treat to convert this Time-Life boxed-set to MP3 files.

I picked this up for $3-$5 at Half-Price Books a while back.  Someone had unloaded a whole bunch from this series there, and I scarfed up 5 of the boxed-sets.  I converted the Vivaldi edition last year; it is shown here.  Bartok, Strauss, and Dvorak still await digitalizing.

Once again, the LP's themselves were in very good shape.  There were some scratches, but few enough to where I opted to remove (most of) them manually.  There were no skips.

The format was the same as was used in the Vivaldi set:  three of the LP's were instrumental; the fourth was vocal/opera.  Also included was an excellent booklet about Haydn's life.  The copyright therein cited 1976, but with a proviso that an amended edition was issued in 1978.  I presume they discovered that they had some biographical facts incorrect.

I'm a huge fan of Haydn's symphonies, so Side 01 and 04 were a real treat.  But all of the first 6 sides are good.  I really don't care for opera, so didn't enjoy the final LP as much.  But if you're going to mix in vocals with my classical music, this is probably as good as it gets.

ISTR there were about 18-19 sets issued in this Time-Life series.  It was somewhat picked-over by the time I came upon them at Half-Price books, and I didn't buy the remainder all at once.  But I'll be keeping my eyes open for any of these sets that might find their way back to the bookstore.
Posted by terry at 6:51 PM