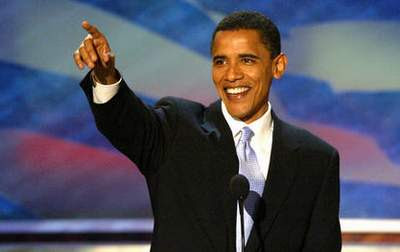 The 2009 Nobel Peace Prize was awarded to President Obama, which put a number of my workmates in a foul mood last Friday. There are several reasons why I'm happy about this : . a.) It p*ssed off Republicans. b.) It p*ssed off the dittoheads. c.) It p*ssed off the bigots. d.) It p*ssed off the Taliban. e.) It was a middle finger salute to the Dubnutz-Cheney regime. . Yeah, I know. Reasons "a" thru "c" really only count as one. Also, there is some merit to the main line of dittohead self-righteous outrage - that Obama hasn't done much to be awarded such a prestigious prize. Even I have some reservations about this. After all, the USA continues to illegally occupy Iraq; Afghanistan has become a 21st-century Vietnam; and the immoral and illegal Torture Camp remains open at Guantanamo. . But the history of the prize shows it is sometimes given as a sign of hope, as opposed to solely being a reward to past deeds. By reaching out to the Muslims, and dialoguing with the rest of the world; Obama has built/rebuilt an American image that was sullied by the previous eight years. . One strange piece of Peace Prize history. In 1949, Josef Stalin for some reason believed he was about to be awarded the Nobel Peace Prize. Now that would've been a travesty. When those Norwegian No-Goodniks failed do this, Uncle Josef got quite perturbed. . So he invented his own Peace Prize, and humbly called it the "International Stalin Prize For Strengthening Peace Among Peoples". The first awards (there could be multiple winners in a given year) were given out in 1950. After his death and fall from Soviet grace, his name in the Prize was replaced by Lenin's. The prize was discontinued in 1990, after the collapse of the Soviet Union. You can read the Wiki article on it here. . So congratulations, Obama! Now please get to work rewarding the hope that's been placed in you.
Posted by terry at 7:59 PM

Interestingly, I heard commentary from a Repub that said he was offended because Bush didn't receive a Peace Prize. Um...duh? Whether or not one agrees with the wars, our last president did start two of them. Starting wars seems to be the exact opposite of peace...

It can be said that Bush and Stalin are equally deserving of a Nobel Peace Prize.