The big news of the (sports) day is that Cliff Lee surprised all the experts by spurning the Texas Rangers and New York Yankees, and signing instead with one of his former teams - The Philadelphia Phillies. . 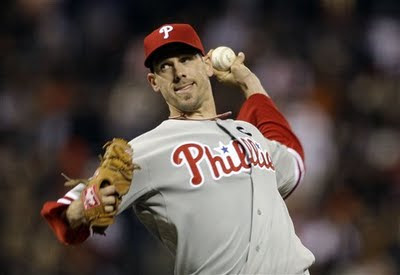 Since I'm both a Phillies and Rangers fan, this is okay. Particularly since it means the "we don't win championships, we buy 'em" Yankees at least didn't get him. For the Phillies, it means a dynamite 1-through-4 starting rotation, and come Spring Training, they will probably be the oddsmakers' favorites to win it all next year. . 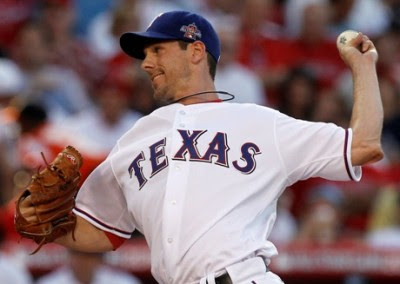 As a Texas Rangers fan, I suppose I should be upset about this, as Lee seemingly willed the Rangers to the World Series. last year. But the going price was a 7-year contract (6 years plus an option, actually), and summers can be brutal in Arlington. Lee would have been great next year as a Ranger, but for how long after that? Seriously, Texas' next major acquisition should be an indoor park. I don't see a top-flight pitcher ever signing a long-term contract with the Rangers until that happens.